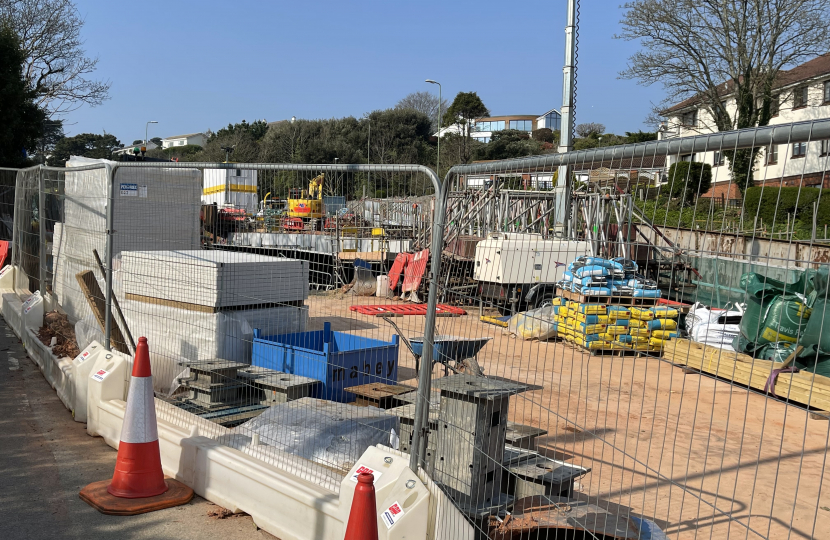 During a frank conversation, Kevin made clear that the on going delays were causing real disruption to local resident’s lives, and sought an explanation. He was told that the latest delay – with a forecast completion date now of 23 May 2022, was mainly due to difficulties in Network Rail sourcing the correct type of cranes needed for the project.

Kevin asked NR to liaise far more closely with residents at the site, and to consider goodwill gestures including compensation, and the possibility of hotel accommodation for those suffering from sleep deprivation.

Kevin also made clear that he is not satisfied with the current diversionary route for traffic and pedestrians, and NR confirmed that they are in on going conversations with Torbay Council’s Lib Dem/Independent leadership about this.

On Thursday morning (31st March) at 10am Network Rail are meeting with Ward Councillors at the site office where Wheatbridge Road meets Torbay Road.