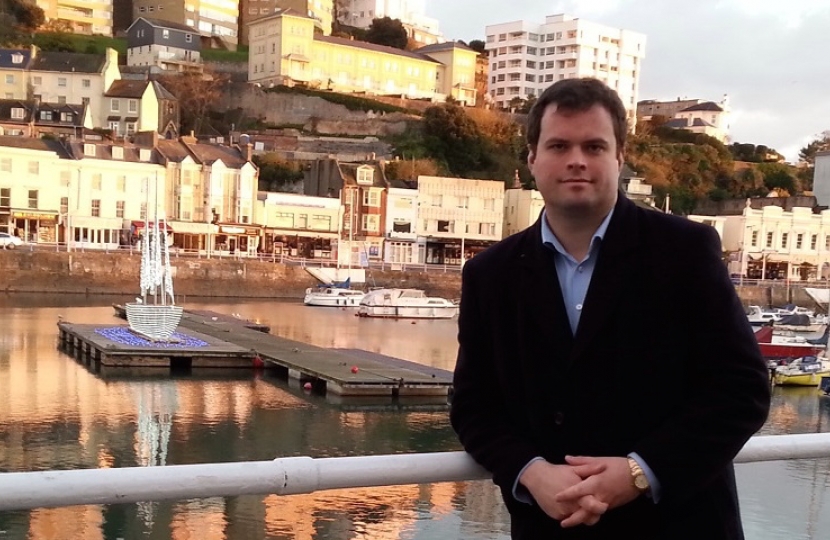 The constituency of Torbay is made up of a number of communities stretching from Maidencombe with its rural beauty in the north to the sandy beaches of Goodrington in the south. Whilst Brixham is part of the bay, and is one of the three towns that amalgamated to form Torbay Council in the 1960’s, it falls under the Totnes Parliamentary Constituency along with Churston and the Blatchcombe part of Paignton.

Most people know Torbay for its beautiful coastline which defines both the towns that are part of it and has always been the key. From medieval monks, through Victorian rail travellers to modern day caravan enthusiasts the mixture of a warm climate and easy access to the sea has been the main draw.

Tourism is and has been since the arrival of the railways, the bay’s key industry. Attractions range from large nationally known ones, such as Paignton Zoo and the Dartmouth Steam Railway, to family owned attractions like Bygones Museum and the popular Model Village in Babbacombe. For many day trippers the Beach and Pier at Paignton have always been the highlight, but over recent years the very rocks which form the bay have become an attraction in their own right after Geopark status was awarded in 2007.

Many know Torquay, the largest part of the constituency, for its most famous fictional resident Basil Fawlty. The hotel that inspired Fawlty Towers, the Gleneagles, unfortunately closed in 2015, yet it still remains a popular spot for tourists. Torquay today is a mixture of communities with many different challenges. The bay’s climate is a draw for many looking to change pace in life after a career and retire on the coast, with a good quality of living meaning more are living to well beyond 80. Whilst at the same time the bay’s tourism industry draws in many seasonal workers who predominantly take on lower paid roles.

The town centre of Torquay is the heart of the community yet now faces challenges as the nature of shopping changes and the night time economy can bring particular problems. Regeneration of the Pavilion site is currently proposed, yet parts that were once busy shopping streets now contain empty properties with a debate in progress about the best options for the future.

Paignton is for many the very epitome of an English seaside town. The sandy beach is overlooked by a number of pubs and hotels, with nearby shops selling traditional seaside gifts, in particular multi coloured selections of sticks of rock.  The town itself, like Torquay, is home to a number of businesses as well as South Devon College, the bay’s key provider of further education. Diversification of the economy to provide higher value employment opportunities, whilst preserving the attraction for tourists, will be the challenge facing those elected over the next ten years.

The geography of the bay not only defines the bay’s attraction to visitors, but provides a key infrastructure challenge. Whilst direct main line rail services link the bay to London Paddington and Manchester Piccadilly, road links used to be single carriageway, with a key bottle neck on the A380 at Kingskerswell. Thankfully, following final government approval in May 2012, South Devon Link Road opened in December 2015, bypassing the former bottleneck and crating a new dual carriageway. At an estimated cost of £109.2m, it was one of the largest construction projects in the South West.

The improved access to Torbay and South Devon provided by the new road is expected to bring lasting economic benefits, leading to the creation of nearly 8,000 jobs in South Devon, with around 3,500 of these in Torbay. Looking to the future the expansion of high speed broadband services will provide new opportunities as businesses can expand their ability to service clients across the globe.

The bay is place of history and opportunity, one Kevin is privileged to represent when the key decisions are made about its future.