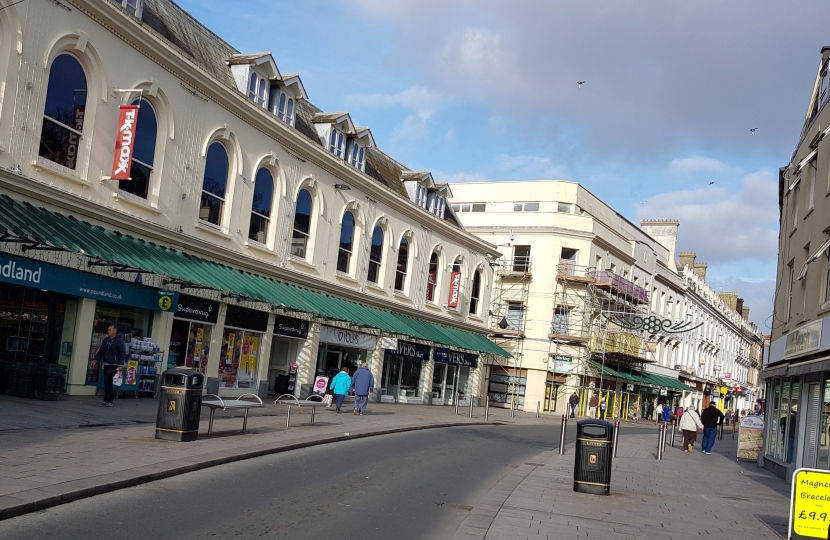 The towns eligible for support from the £3.6 billion Towns Fund include places with proud economic heritage, but who have not always benefited from economic growth in the same way as other areas. The Government will work with local people from the 100 communities announced today to agree proposals to invest up to £25 million in each place.

Today’s announcement follows the Prime Minister’s confirmation in July of an additional £1.325 billion to support towns as part of a renewed vision to level up our regions, which took the total value of the Towns Fund to £3.6 billion.

Communities, businesses and local leaders in our bay will now join forces with Government to draw up ambitious plans to transform economic growth prospects with a focus on improved transport, broadband connectivity, skills and culture.

The news comes hot on the heels of Paignton Town Centre being included in the list for funding under the Future High Streets Fund.

Kevin Foster MP said: “This is great news for our bay and will help build on the momentum already developing in terms of regeneration and economic growth. This is a chance for Torbay to come together and take our bay forward.”

“I look forward to working with Torbay Council, colleagues in Government, local businesses and residents to ensure we take advantage of this golden opportunity to deliver a Town Deal which will tackle the issues which might hold our economy back and help create opportunities for the next generation in our bay.”

The Government will soon publish a prospectus to guide towns through the process and set eligibility criteria for funding.

Once approved, new Town Deals will improve connectivity, provide vital social and cultural infrastructure and boost growth – with communities having a say on how the money is spent. Decisions on funding any proposals will be made in due course.

The Town Deals Fund builds directly the Government’s commitment to decentralising funding and decisions away from Whitehall and investing in the growth of local economies and devolving powers through ambitious City and Growth Deals, providing more than £9 billion of funding to Local Enterprise Partnerships and introducing eight Metro Mayors in England.

Torbay’s MP, Kevin Foster, has reacted to today’s (Tuesday 1 December 2020) media reports about the future of Debenhams, which has a landmark store on Torquay Harbourside