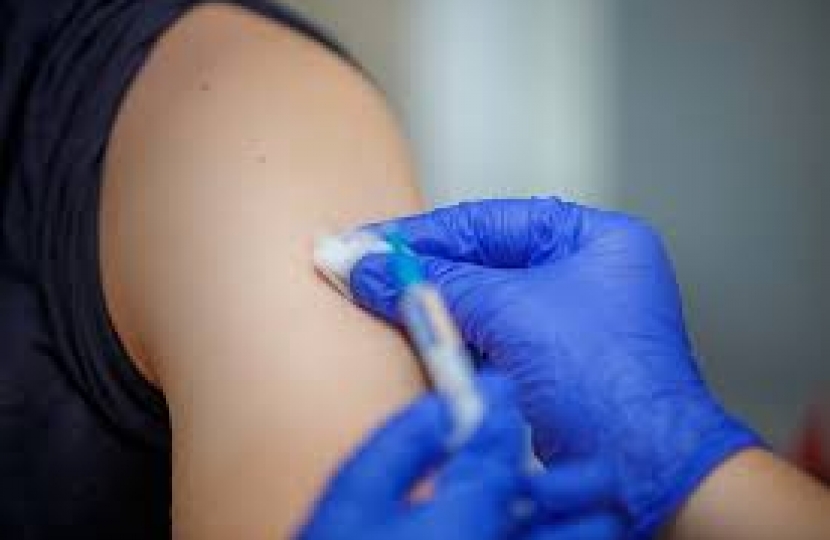 98,234 vaccinations have already been administered in Devon, as part of plans to vaccinate the top 4 priority groups by mid-February. The figures include (as of Sunday 17th January) 39,880 Devon residents aged 80+ having received their first vaccination dose, with 10,651 of them having also received their second.

Across the wider South West, 415,087 people have received a vaccine dose, with 467,170 doses administered in total (Including second doses) across the region. These figures include 210,709 residents aged 80+ having received their first vaccination dose, with 41,374 of them having also received their second.

The United Kingdom is leading the way with its vaccination programme. So far, more than 5 million vaccinations have been administered to 4.6 million people – the fourth highest per capita, behind only Bahrain, the UAE and Israel. In addition, only two countries have administered more doses than the United Kingdom – China and the USA, which have far larger overall populations.

“The NHS vaccination programme, the biggest in our country’s history, has got off to a fantastic start. I would like to thank all who have been involved in delivering it, from the soldiers helping with deliveries nationally, to the volunteers and medics here in the bay who are running the vaccination hubs at the Riviera Centre and Torbay Hospital.”

“In the darker days of winter this programme is providing the light at the end of the tunnel and the hope of our bay returning to normal when the blue skies of summer arrive.”