Thousands Of Torbay Workers Are Now Saving for Their Retirement. 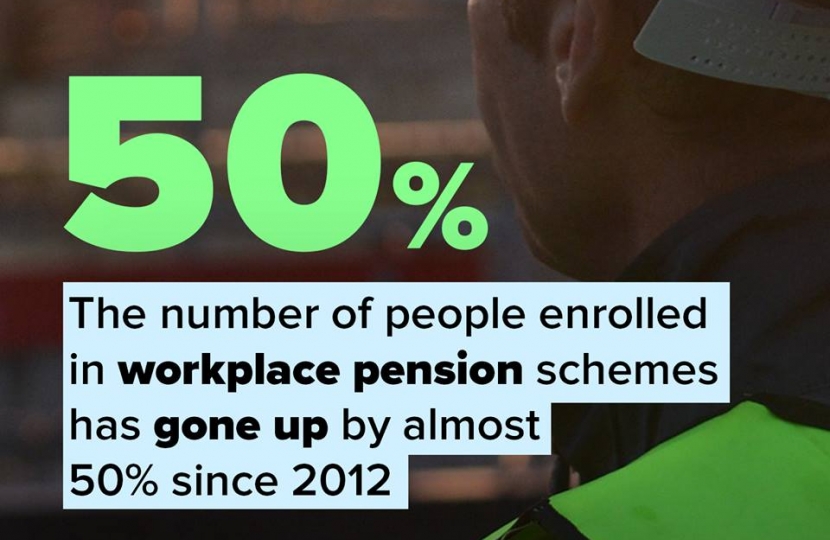 Auto-enrolment was introduced so more workers can save for retirement, giving people greater financial security and independence in their retirement. National figures released this week show, due to changes in workplace pensions, over 9 million more people are now saving for their retirement.

Figures released last week show the number of workplace pension schemes has reached a record high of 41.1 million in 2017, up nearly 50 per cent in the last six years.

Kevin Foster said: “Our bay is a beautiful place to retire, but it is vital the workers of today are making plans for being the pensioners of tomorrow by saving for their retirement. Auto enrolment makes this easy to do and its introduction has seen thousands of people across our bay start saving in a workplace pension for the first time.”

The Secretary of State for Work and Pensions, Esther McVey, said:

“These figures show just how extraordinarily successful automatic enrolment has been in revolutionising pensions saving in this country and has no sign of stopping. With almost 10 million more people saving in a pension through auto-enrolment, statistics are showing the total membership of workplace pension schemes is now at a record high of 41.1 million in 2017, up nearly 50 per cent in the last six years.

“Not only are millions more people moving into work, but they are putting money aside for their futures as a result of our reforms, showing we are returning to a society of savers where individuals are in control of their own money.”