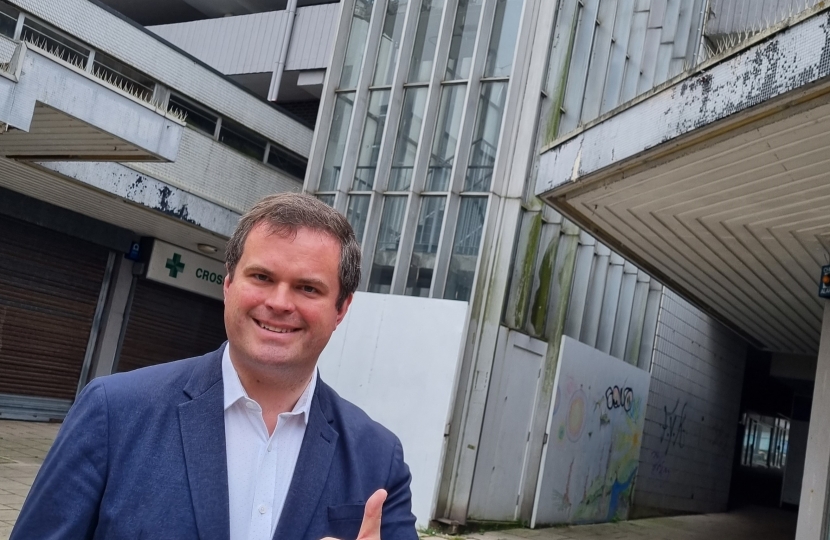 There was some great news in the post today (1st October) from Royal Mail as it confirmed to Torbay’s MP Kevin Foster it has formally withdrawn its objection to the Compulsory Purchase Order (CPO) for Crossways.

Following the owner also agreeing the terms of the CPO, the path is clear for Torbay Council to acquire the site, paving the way for both demolition of the existing eyesore and the construction of a new regeneration project aimed at providing housing, with retail/leisure uses on the frontages. The sorting office and telephone exchange next to the shopping centre are not affected by this plan and will remain.

£13.4m of capital funding from the Government for Paignton from the Future High Streets Fund has already been confirmed, the projects it will support include the regeneration of the Crossways site.

Commenting Kevin Foster MP said: “I am delighted to hear Royal Mail has withdrawn its objection. When I met Royal Mail earlier this year it was clear their objections were issues which could easily be resolved through a sensible negotiation with Torbay Council as owner if the CPO succeeded.”

“With funding from the Government’s Future High Streets Fund already confirmed there should be nothing to stop the demolition work getting underway quickly, work I know many Paignton residents will be only too happy to lend a hand with!”