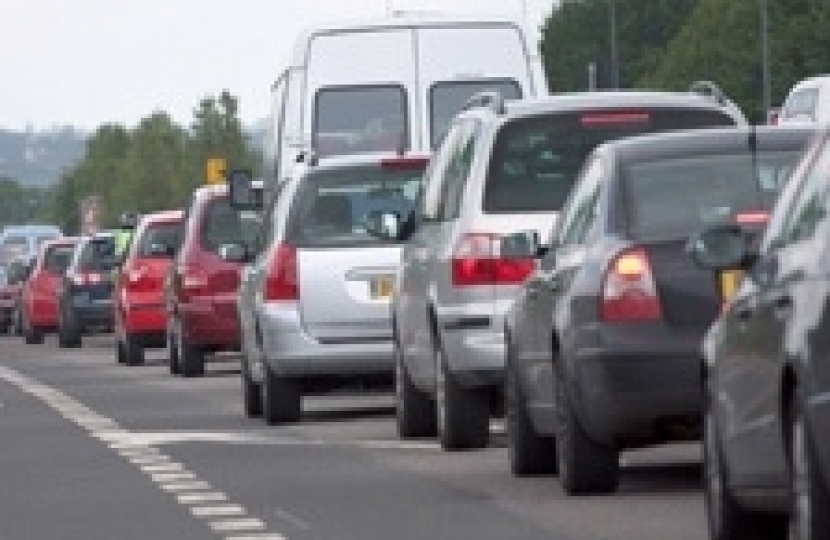 Kevin Foster, Conservative Parliamentary Spokesman for Torbay, has today (Friday 27th September 2013) welcomed news that the Government has approved £1,050,000 of Pinch Point Funding for the bay as part of an £80m investment package nationally.

The scheme will see improvements made to the Brixham Road and Kings Ash Road in Paignton with further stretches being widened to dual carriageway. The scheme will support the White Rock development, which will provide around 1,200 jobs and 350 new homes, as well as improving journey times in Paignton, Goodrington & Brixham. This latest investment follows recent work to widen the northbound carriageway of Brixham Road to two lanes between the Yalberton Road and Borough Road junctions.

In addition to the funding for the Western Corridor Regeneration Project the Government Announcement confirmed that £1.85m of funding had been allocated for the Decoy Industrial Estate Access Road which will link with the South Devon Link Road near Kingskerswell. The funding for both schemes form part of the third and fourth tranches of the local pinch point fund.

The latest funding is on top of money already committed to projects locally by the Department for Transport, including a new station at Edginswell on the edge of Torquay.

Kevin said: “The construction of the long awaited South Devon Link Road brings real opportunities for our economy from better connections with the rest of the UK, but not if traffic bypasses Kingskerswell only to get stuck in lengthy delays at key junctions in the bay. The White Rock development has the potential to bring well paid & well skilled jobs to the bay, the very opportunities that many want to see for the next generation. This funding means that instead of pinch points, there will be widening growth to help boost the bay’s economy."

Widening of A3022 Brixham Road between Claylands Cross and Yalberton Road.

Widening of A3022 Brixham Road between Roselands Drive and Long Road.

This part of the scheme creates a further expansion of the Western Corridor to the south of the new major junction improvement at Roselands Drive. The works are proposed to be implemented between the new Roselands Drive junction and the already improved junction at Long Road, which currently serves a business park and South Devon College.

Widening of A380 Kings Ash road between Tweenaway Cross and Waterleat Road.

The full bid document submitted to the Department of Transport can be found on the Torbay Council website by following this link: http://www.torbay.gov.uk/westerncorridor

"This funding means that instead of pinch points, there will be widening growth to help boost the bay’s economy."