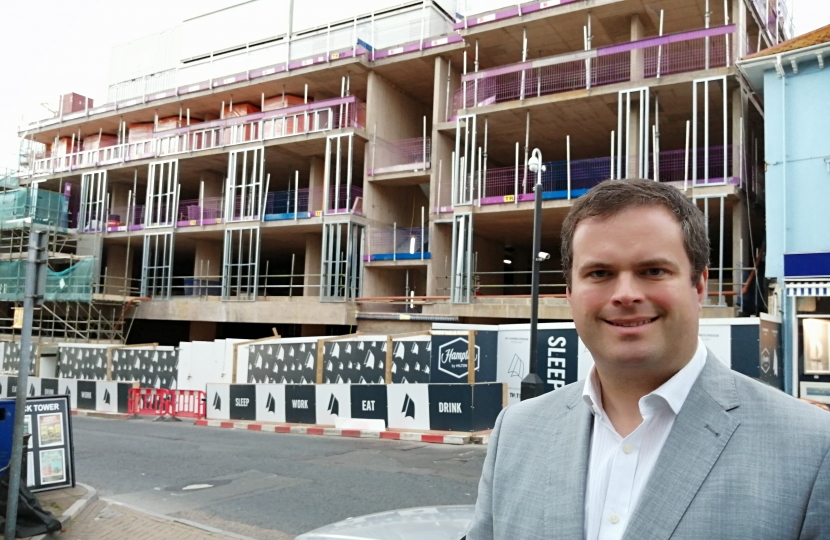 Every fortnight Kevin writes a special “Kev’s Column” for the Herald Express and you can read the latest edition (Published on Wednesday 18th September 2019) below:

It is fantastic news for our bay to see Torquay included in the list of 100 places invited to develop proposals for a new generation of multi-million-pound Town Deals.

Over the last year I have been working with the Torbay Together partnership to highlight the benefits a Town Deal could bring to our bay to the Government. The Government will now work with local businesses, residents and our council to develop proposals to invest up to £25 million in our area from the £3.6bn Towns Fund.

With the consultation ending it is clear the plans by Devon & Somerset Fire Service to reduce our bay to having only 1 Fire Engine crewed by wholetime Fire Fighters 24/7 is not acceptable.

Reducing Paignton to only “day crewing” inevitably means increased initial response times to incidents at night, especially worrying given the many hotels, businesses and homes in the area. Thousands of residents have objected to this and I am grateful to the hundreds who have got in touch with me directly.

The changes proposed for our bay are unacceptable and Fire Authority Members should reject them.

It was with sadness I heard the news David Watts, chair of the Paignton Neighbourhood Plan Forum, had died.

What made the news especially surprising was only a few days before he had been at Torbay Council’s Planning Meeting representing residents opposed to a plan for new homes at Little Blagdon Farm.

David was passionate about Paignton and a key driver behind the Paignton Neighbourhood Plan which was so overwhelming endorsed by voters back in May. His legacy will benefit future generations of Paigntonians for decades to come.

I will be writing to his family to express my deepest condolences.

I always enjoy getting out on the doorsteps and speaking to residents, it is a great way of getting some perspective away from the Westminster Bubble.

Over the last week the message from residents on Brexit has been clear, however they voted back in 2016, it is time to decide and move on.

After three years of delay and indecision in parliament it is impossible to see what another three months delay will achieve apart from even more uncertainty. Deadlines make deals not further delay, hence I voted against the proposed law which sought to force a further extension.

The way to finally resolve this is to be clear we leave on 31st October, deal or no deal.

"After three years of delay and indecision in parliament it is impossible to see what another three months delay will achieve apart from even more uncertainty. Deadlines make deals not further delay, hence I voted against the proposed law which sought to force a further extension."