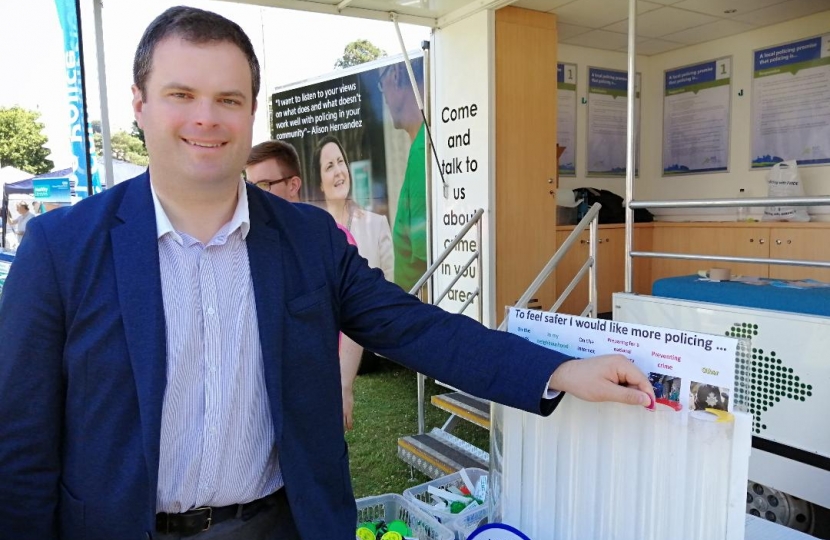 The overall national target set by the Prime Minister is 20,000 extra Police Officers over three years. Today’s announcement is on the recruitment targets for year one (2020-21) in each force area, as part of the 6,000 national target in year one.

The South West figures for year one are:

All officers recruited as part of the 20,000 uplift will be additional to those hired to fill existing vacancies. They will also be in addition to the extra police officers being recruited under the budget plans agreed by local Police & Crime Commissioner Alison Hernandez.

Commenting on the announcement Kevin Foster MP said: “The recent TV series “Call The Cops” showed the professionalism and courage of our Police when faced with complex and challenging situations. Changing patterns of crime, summer pressures and the scourge of county lines has shown the need for extra resources and I am pleased this government is providing them.”

Government funding for recruitment in 2020-21 will cover all associated costs, including training and kit.