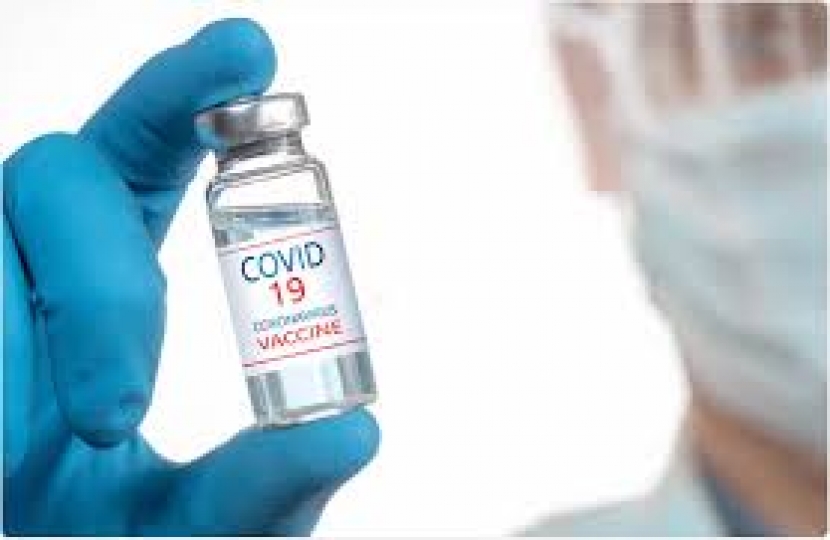 Across Kevin’s constituency 1 in 3 people (33.3 per cent of the population) have now received at least one vaccine dose and with the programme averaging more than 2.5 million doses a week, the programme is aiming to have offered every adult a vaccine by the end of July.

The United Kingdom is leading the way with its vaccination programme. So far, more than 18.6 million people have received a vaccine – equivalent to 1 in 3 adults. This is the third highest per capita, behind only the UAE and Israel. In addition, only two countries have administered more doses than the United Kingdom – China and the USA.

Everyone in the top four priority groups has now been offered a vaccine, as invites are now going out those in priority groups 5 to 9. The latest figures showing two thirds of those aged 65 to 69 have now been vaccinated.

“The amazing progress of the vaccination programme locally and across the UK is a tribute to the world class expertise of our scientists and NHS teams. Each jab is a step closer to the return of normality and is another person protected.”

“Our NHS and Social Care teams have worked hard throughout the pandemic to protect our bay from the worst impacts of it. Yet we can all do our part by accepting the invite for vaccination when we receive it, as I will do when it is my turn in the queue.”

Loss of broadband connectivity around the Willows area

Kevin Foster has been contacted by a number of local businesses and residents in recent days, concerned at the loss of broadband connectivity around the Willows area.

This was caused by serious damage to an Openreach fibre optics cable box, following a car accident last week.