Kevin Gets On His Bike For Parliamentary Poppy Ride 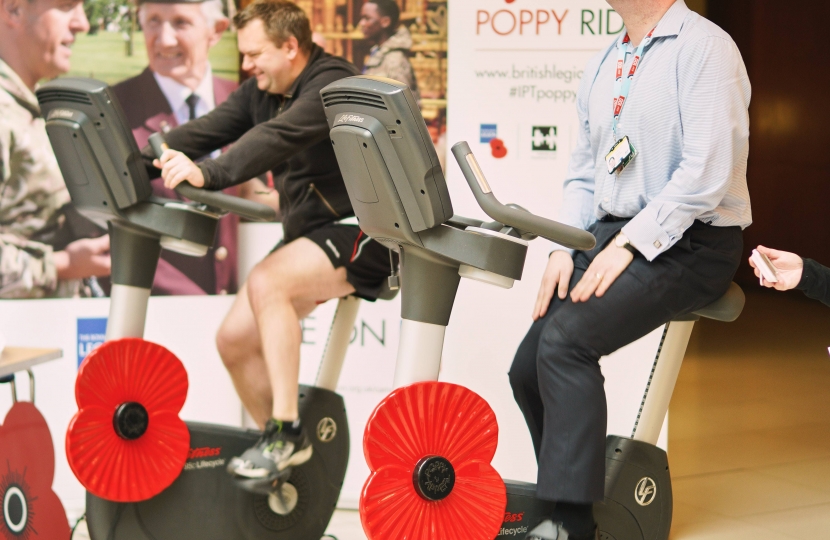 Torbay’s MP Kevin Foster got on his (Exercise) Bike for the Annual Industry and Parliament Trust (IPT) Poppy Ride, cycling a total of 2.78km in the time allowed.

The IPT Poppy Ride 2018, in association with The Royal British Legion, sets out to raise funds and awareness for the Poppy Appeal in Parliament in the centenary year of the end of the First World War.

More than 120 MPs and Peers have taken part in the 12-hour static bike ride, each cycling as far as they can on an exercise bike in 5 minutes; trying to beat their colleagues to top the leaderboard. Serving members of the Army, Royal Air Force and Royal Navy also took part, racing against Members of the Houses of Parliament and shared their experiences of life in the Armed Forces.

All money raised on the day helps The Royal British Legion provide lifelong financial, social and emotional support for the Armed Forces community - serving men and women, veterans, and their families.

Kevin Foster MP said: “The Annual Parliamentary Poppy Ride is a fun competition with a serious purpose, supporting the work of the Royal British Legion. Whilst I was pipped to the post by the Labour MP I was riding against, who rode 3.06km, the real winners are the veterans, service personnel and the wider military family who are supported by the funds raised by the Poppy Appeal each year.”