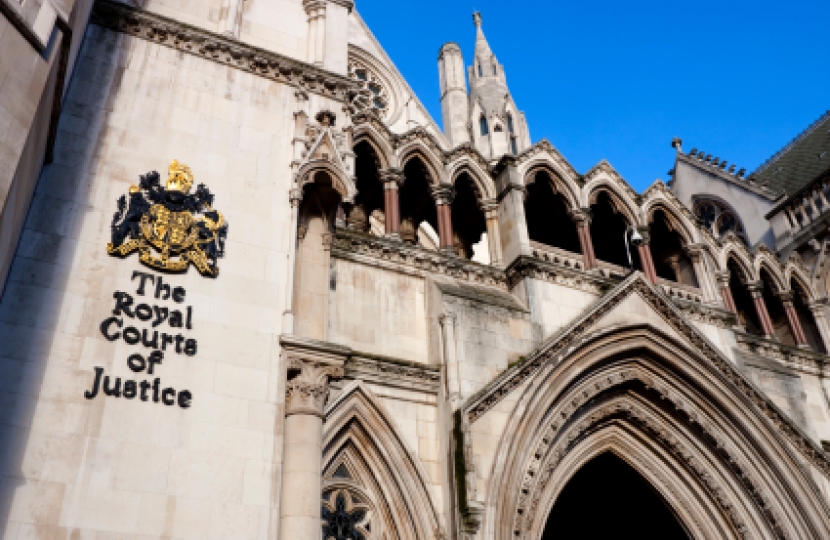 Each week I publish my own Kev’s Column on-line. This week I take a look at the move to allow Cameras into the Courts:

You might have missed it, but this week saw a momentous moment for the legal profession, namely the first use of cameras in the Court of Appeal for nearly 90 years. Far from being Lights! Camera! Action! It was more Wig, Gown and methodical reasoning.

For many years we have grown used to seeing sketched pictures of court proceedings, whilst every other aspect of public life is subject to the glare of public scrutiny. Since 1925 cameras have been banned from the courts so until now the only photographic images taken of a court room scene are those featuring Edwardian Criminals like Dr Crippen, save for limited coverage of the Supreme Court since its inception in 2009.

During my legal training and time working as a Criminal Defence Paralegal I sat through many cases in both Crown and Magistrates Courts, it is safe to say most will not make fascinating viewing. A lengthy serious fraud trial that goes on for months with literally boxes of related evidence will never be primetime TV. Yet the principle for me is not how many may watch, but should they have the ability to do so?

Whilst all Courts, excluding Youth Courts, have a public gallery it is safe to say that the chances of getting a seat are fairly slim when a big case is being heard. Likewise for anyone interested in following an issue through the higher courts a stay in London whilst proceedings are on-going is unlikely to be an attractive prospect, not least given the costs.

I also believe that being able to watch court proceedings on-line or via the TV may encourage more to think of a career doing such work. When I was studying as a Sixth Former in Plymouth I had no real chance to see for real what was done in the Higher Courts. If a potential Barrister living in Devon wants to see a Crown Court trial their only option is a trip to Exeter or Plymouth and if keen to see the higher courts in action, then a stay in London is the only option. A different situation for those who live in the London and the South East for whom it is only a short tube ride to see a case.

For a student being able to hear the submissions being made by a top Barrister on a key case can not only help their studies,  but help inspire them by seeing what the future may hold. The argument that advocates may “play to the camera” is nonsense. Yes there might be the odd occasion, but it is safe to say having trained for the Bar an advocate will be only too aware of the likely reaction from a Judge to their Courtroom being viewed as a stage.

There will be cases or times when it would be highly inappropriate for cameras to be allowed, such as those involving child witnesses or some offences where broadcasting the details of what happened would be a humiliation for a victim who has already shown huge bravery by coming forward to give evidence. Yet these issues are best handled by the Judge presiding over the case, rather than blanket bans. In the United States, where Courtroom Battles have been televised for decades, there are clear powers to remove cameras if they are interfering with the process and some things, like the faces of the jury, cannot be shown.

Finally live broadcasts of court proceedings mean people can see justice in action, not just read or hear about it through the prism of the media. On many occasions a lengthy and detailed session in court is boiled down to a few sound bites and on occasions presented to suit a particular perspective.  There is also the growing reality that many newspapers no longer have the resources to send a specialist Court Reporter to trials on a daily basis, so a report on proceedings may be based on literally only hearing the sentence or final verdict and be delivered by a reporter who attends court on an infrequent basis.

The ability to see for yourself what happens in our justice system is vital and one that will only help promote greater understanding of the law, vital in a democracy where all citizens elect those who make it. The fears of those who have opposed it till now will prove to be unfounded.

"The ability to see for yourself what happens in our justice system is vital and one that will only help promote greater understanding of the law, vital in a democracy where all citizens elect those who make it. The fears of those who have opposed it till now will prove to be unfounded."