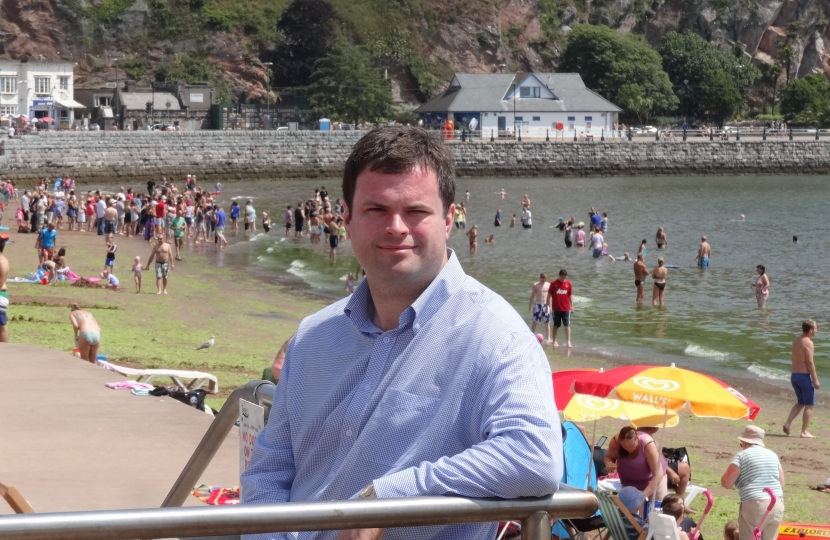 Devon is among the happiest places in the UK to live, according to a new survey by the Office for National Statistics and for one of the Conservative candidates hoping to become a Devon MP at the next General Election it’s easy to see why.

Torbay PPC Kevin Foster said: "From the beauty of Babbacombe Bay, to the history of Torre Abbey and the sands at Preston, South Devon's beautiful bay is what makes our area so special and such a great place to live.

“Where else but Paignton could you find Steam Trains, Elephants and a Victorian Pier all in the same place? For thousands of years the sheltered climate and the beautiful scenery have attracted people here from Cavemen at Kent's Cavern to modern day business travellers."

The Office for National Statistics asked people to rate their life satisfaction out of 10 for the survey carried between April 2012 and March 2013. In Devon there were scores of 7.4 for happiness and 7.6 for satisfaction. All the figures were significantly above the national average.

But Kevin said there was still more to be done to make Torbay even better for the hardworking people who live there.

He added:  "The bay not only offers beautiful scenery, but real opportunities. Yet to develop these we need a government that promotes aspiration and encourages growth nationally, with an MP who wants to be a positive voice for our future locally. Changing our economy, growing opportunities and tackling problems is about bring fresh approaches, not tired rhetoric or looking to score a political point, rather than make a positive difference."

"Where else but Paignton could you find Steam Trains, Elephants and a Victorian Pier all in the same place?"