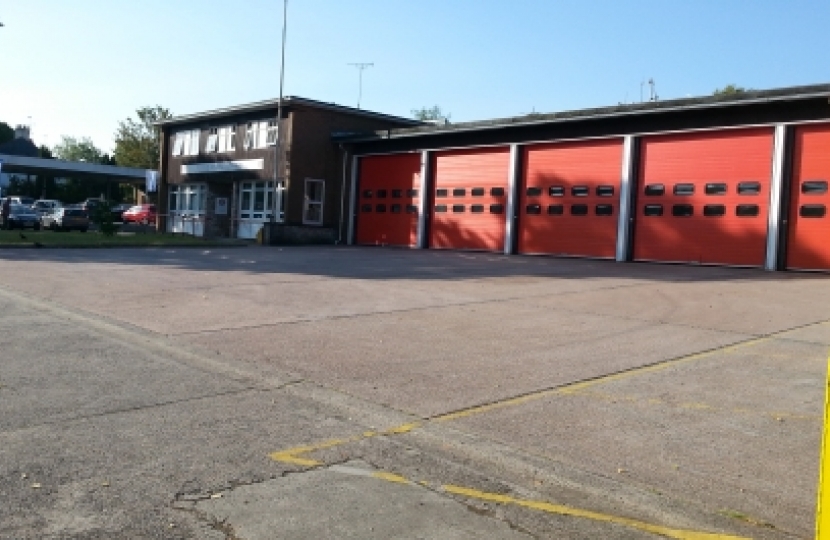 The Conservative Parliamentary Spokesman for Torbay, Kevin Foster, has given his reaction to the vote by members of Devon and Somerset Fire Authority to downgrade Fire Cover at Torquay Fire Station.

Kevin attended the meeting at Fire Service HQ on 10th July 2013 with a group of Firefighters from Torquay who have been campaigning against the proposed cut and who collected a petition signed by over 20,000 people opposing it.

Kevin said: "After months of debate, weeks of campaigning, thousands of petition signatures and hundreds of letters, it came down to just 18 Fire Authority members to decide the future of the second whole time engine at Torquay, with 9 in favour,  6 against and 2 abstentions.

In a real consultation if less than 100 people supported a plan, whilst 20,000 opposed it, you would expect the result to follow the views expressed. Yet in this case the plan still went ahead showing the consultation was a sham, as suspected by those of us who attended the shambolic stakeholders event arranged at the Riviera Centre.

The Fire Authority meeting itself was a long one and after over five hours the debate on Torquay took place, with Cllr Stephen Brooksbank asking a number of probing questions and Cllr Vic Ellery giving a passionate speech against the proposal. Both bay members pointed to key facts about Proposal 10 and challenged the ridiculous suggestion, made in the report being considered by the Authority, that opinion in Torquay was “finely balanced” when the biggest petition in memory had been collected opposing the plan.

In proposing the cut it was cited that resources can come in from Bovey Tracey and Newton Abbot, yet given the traffic problems at Kingskerswell, it is hard to believe such support will easily be available when needed.

I was pleased to be invited to join Firefighters on the bus going from Torquay to the crucial meeting at Service HQ. Their campaign was both determined and professional, just like they are in their job keeping local people safe. It is for me desperately sad that on an issue where the bay was so united that the end result was for it all to be ignored."