A living wage for the Bay 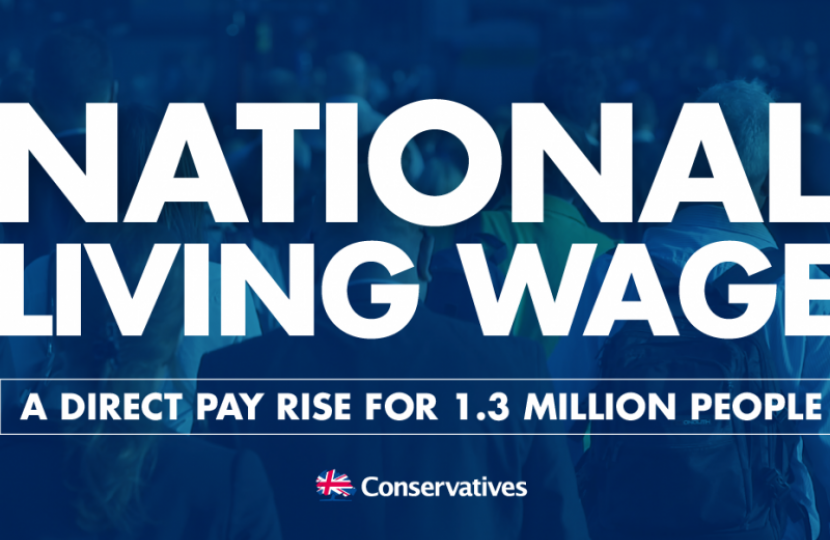 Kevin was asked by Torbay TUC to confirm his views on the subject of a living wage for Torbay Council workers. So he met with Paul and Richard Raybould to discuss TUC's campaign and pledged his support for the living wage earlier this year.

Below is Kevin's formal response and sets out his reasons for backing their campaign:

When you asked me informally I was only too happy to give my unequivocal support to the call for Torbay Council to join other employers across the country in agreeing to pay a Living Wage to all it’s staff. I am therefore only too happy to do so again in this letter, which you are welcome to share with anyone who would be interested to know my views on this subject.

I know that on a number of subjects you and I do not share the same political outlook, yet this is one matter we can firmly agree on. Whilst it is the Trades Union movement taking the lead in pushing this issue I believe it is a campaign that every Conservative should get behind as well.

The Living Wage Foundation currently lists a Living Wage outside of London as being a minimum of £7.45 per hour compared to the National Minimum Wage of £6.19. The Mayor of London Boris Johnson, one of the most high profile supporters of this initiative, said “Paying the London Living Wage is not only morally right, but makes good business sense too.”, I agree with Boris.

One of the key goals for me as an MP for the bay would be the development of industries and opportunities that bring with them skilled, well-paid employment, allowing us to compete in the global race for prosperity. Developing the bay on the basis of being a low wage economy will only make decline inevitable, something that is in no-ones’ interest.

For me the Living Wage is about ensuring that those who want to work hard and get on in life have the incentive and ability to do so. Whilst the Minimum Wage sets a legal floor below which wage rates cannot fall, it does not provide an income to the level where a family can fully be supported or money saved for the future. Working for the minimum leaves many dependent on welfare payments, in effect the state subsidising the low wage from taxes it takes from those who have earned a Living Wage with their employer. In some industries competitors who pay a Living Wage to their own staff, then subsidise low wages elsewhere via the tax and benefits system.

From a business and management perspective those earning a Living Wage are more likely to be productive, engaged members of the workforce. A member of staff who gains skills or experience is almost certain to wish to move on very quickly from a job paying only a minimum amount. The job is also less valued if the employee knows the boss is paying about the lowest amount they can get away with.

For every Conservative the core goal should be to ensure local people are given the opportunity to lift themselves out of poverty through work and enjoy the fruits of their labours. Owning your own home, supporting your children through education and providing for retirement cannot even be thought about if only earning the minimum to get by. For me a Living Wage is the very essence of a hand up, not a hand out.

There are those who will argue that in the current climate of public spending anything which increases wages would cost jobs. They suggest it is better to pay below the Living Wage so more can actually be employed. For me this is wrong on two fronts.

First, a higher wage economy in the bay would reduce the call on budgets for items like Housing Benefit and encourage those looking to develop or rent commercial property, bringing in further employment that will allow more to move away from dependency on welfare benefits. Second those with skills, experience and expertise will stay with the Council in the roles concerned reducing turnover and demand on services such as Human Resources. In addition if the wage rate is slightly above what others are paying then the best staff will gyrate towards working for the Council, making service innovation and improvement easier.

We may come from very different philosophies to this point, but our goal is the same. A fair days pay for a fair days work should be the goal. Torbay Council can act as a benchmark for other employers in the bay by paying one itself and encouraging others to do so. Being a Living Wage employer is a sign of quality in just the same way as a hallmark for jewellery or winning an award for innovation.

It is now with great pleasure that the Chancellor Rt Hon George Osborne MP has announced in the summer budget 2015 that the Government is introducing a national living wage from 2020 for those aged over 25. This will now become a reality.