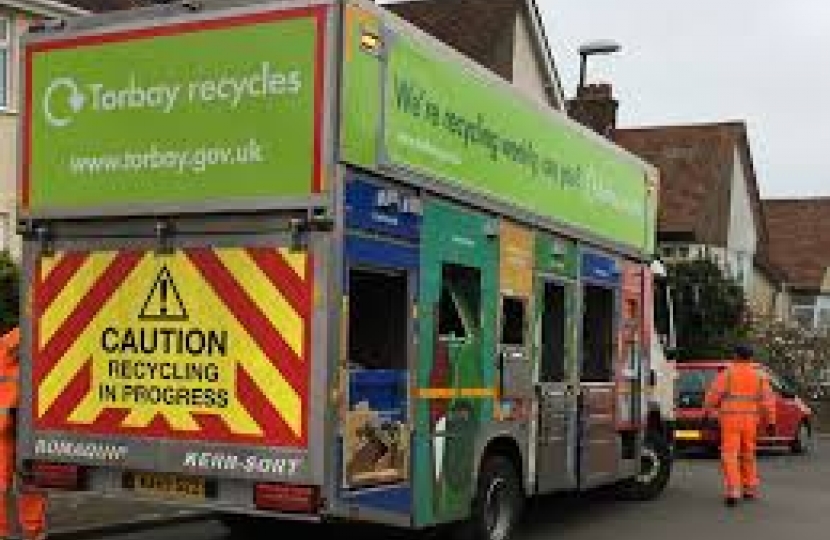 Torbay’s MP Kevin Foster has welcomed the announcement a proposed pay cut for some of Torbay’s bin collection staff he had branded as “appalling” has been binned.

Several grades of staff including waste collection supervisors were being asked to take pay cuts, ranging from 7.5% to 20%. Following work by Trades Unions the GMB and Unison and a public outcry, Kier\Tor2 have completely u-turned and abandoned the proposal.

Within weeks the waste collection service is due to transfer to a company 100% owned by Torbay Council. On Sunday Kevin wrote to the Leader of Torbay Council asking for assurances as to what action the Council would take to deal with the current contractor’s proposals and for guarantees of frontline staff receiving 100% of their pay when the service transfers. Following this email the Leader of the Council confirmed the staff affected would receive 100% of their current salary when the service transferred to the new company.

Kevin said: “It is good to hear this totally unacceptable proposal has been put exactly where it belongs, in the bin, and not a recycling one either! Torbay’s waste collection staff are working hard to keep this essential service going during the current crisis and deserved much better than this disgraceful proposal.”

“I am glad this team can now focus on delivering their service and many residents will want to thank them for their dedication at this time.”

A Boost For The Bay As Furlough Scheme Extended

Workers and businesses across Torbay have been given a boost after the Government announced the current furlough scheme would be extended by a further four months, with workers continuing to receive 80% of their current salary.