Torbay On Track For More Trains 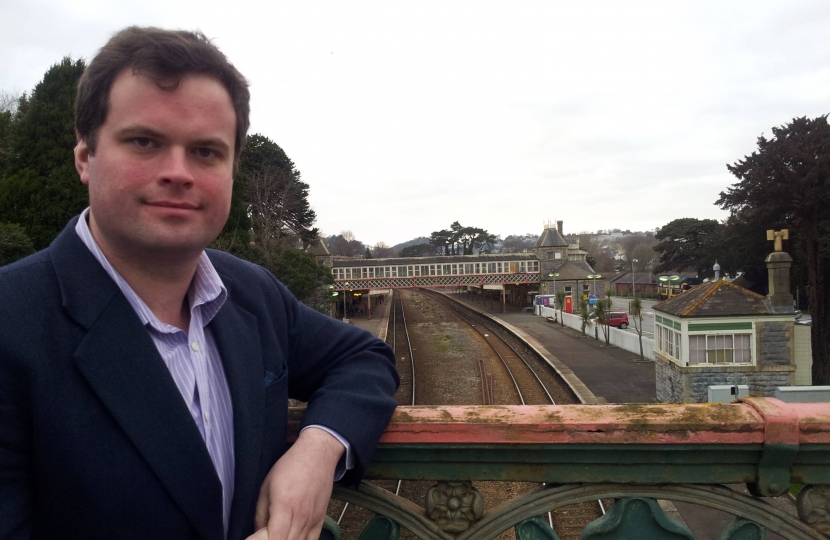 Kevin Foster, Conservative Parliamentary Spokesman for Torbay, has today (Friday 8th November 2013) welcomed an announcement that more trains are on track to serve the English Riviera from 9th December.

Today’s announcement means four extra services (each way) will run between Newton Abbot and Paignton, calling at Torre and Torquay. There will also be a further two additional stopping services each way between Exeter St Davids and Paignton.

Beginning on 9 December the new timetable means that there will be at least two trains per hour throughout most of the day.  The new services will provide more connections at Newton Abbot with main line trains to and from Exeter, Plymouth, Bristol and London.

Along with the extra trains, the project will also see improvements made to stations on the Riviera Line between Paignton and Exeter, a major marketing campaign, work to involve the community in the line and a new officer employed at the Devon and Cornwall Rail Partnership to coordinate activities.

Local partners in the project – which is 50% funded by the EU’s INTERREG IVB programme – include Devon County Council, Torbay Council, First Great Western, Plymouth University and the Devon and Cornwall Rail Partnership.

Kevin said: “The news of these improved rail services is great for local travellers and businesses. The number of passengers travelling by train is growing rapidly and these frequent services will make the bay even more attractive for those looking to live, work or holiday here. The investment in the South Devon Link Road is making a difference for drivers, but development of our rail links is also crucial to ensuring the bay’s future development stays on track.”

The new timetable and further information about the project is available at www.citizensrail.org/devon or by calling 01752 584777.

"The investment in the South Devon Link Road is making a difference for drivers, but development of our rail links is also crucial to ensuring the bay’s future development stays on track."