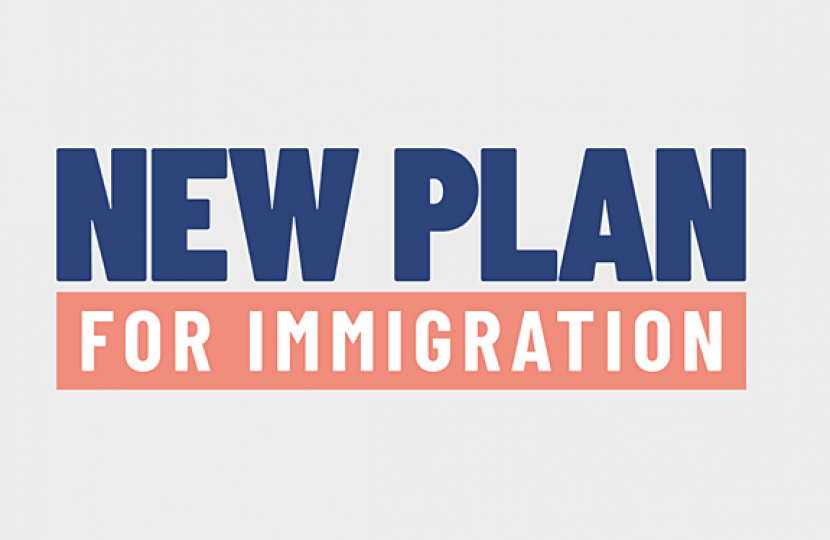 Torbay’s MP Kevin Foster has called on residents across the bay to take part in a consultation on the biggest overhaul of the UK’s asylum system in decades.

The current system is collapsing under the pressures of illegal routes to asylum, facilitated by criminals smuggling people into the UK and too often resulting in the loss of life. The launch of the consultation comes as figures show around 1 in 6 asylum seekers to the UK in 2019 were matched to an asylum claim in another European country. In 2020, 8,500 people arrived on small boats. 74 per cent were aged between 18-39 and 87 per cent were male. The UK has 109,000 outstanding asylum cases. Almost 73 per cent of these claims have been in the asylum system for over one year and 62 per cent of UK asylum claims were made by those entering illegally - for example by small boats, lorries or without visas.

At the heart of the New Plan for Immigration is a simple principle: fairness. Access to the UK’s asylum system should be based on need, not on the ability to pay people smugglers.

For the first time, whether people enter the UK legally or illegally will have an impact on how their asylum claim progresses, and on their status in the UK if that claim is successful. Those who prevail with claims having entered illegally will receive a new temporary protection status rather than an automatic right to settle and will be regularly reassessed for removal from the UK. People entering illegally will have limited family reunion rights and limited access to welfare benefits.

For people who have their cases considered, but refused, the Government will seek rapid removal to their country of origin, by tackling the practice of making multiple and sequential (often last minute and unmeritorious) claims and appeals which frequently frustrate removal from the UK.

Refugees in need of protection will continue to be resettled through work with international organisations that provide a safe and legal route to the UK for people fleeing persecution in their home countries. This refined approach will be more responsive to persecuted minorities and emerging international crises: resettling refugees who are at urgent risk more quickly.

The Home Secretary will also have the ability to grant humanitarian protection to vulnerable individuals in immediate danger and at risk in their home country.

The New Plan For Immigration and details of how to take part in the consultation on it can be found on the Government website by following this link:

“Reform of our asylum system is urgently needed, from introducing a more rigorous system to deal with those pretending to be children to preventing claims without any merit being used purely to delay removal by those who have no right to remain in the UK.

Change is not only about being fair to those who do the right thing when seeking to migrate to this country but ensuring our asylum system looks to better support those who are most vulnerable and in need of our support.

I would urge all in the bay to have their say on a package of reforms which will be firm with those seeking to play the system and fair to those needing our help.”