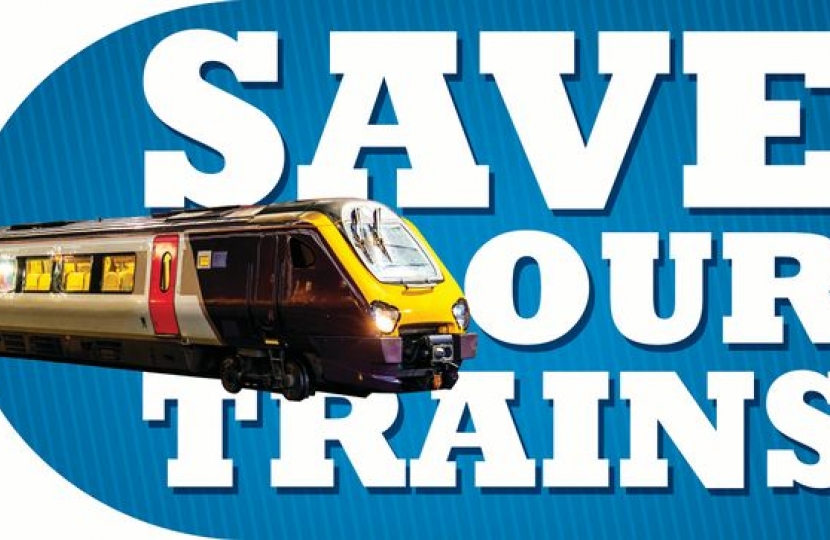 Torbay’s MP Kevin Foster has reacted strongly to a consultation document issued by the Department for Transport which suggests reducing direct Crosscountry services to Torbay and describes it as part of the “Extremities of the Network”.

The Crosscountry Franchise is due for renewal in 2019 and the consultation has been issued as part of setting the criteria bids for it will be assessed against. Whilst aspects of the consultation are welcome, such as free WiFi throughout the train, the references to Torbay which are buried on Page 23 indicate a reduction in direct services is again being proposed.

In 2016 a previous consultation launched by the operator proposed removing all but one early morning direct service to Torbay. This was abandoned after strong support for the “Save Our Trains” campaign launched by Kevin and the Herald Express.

Kevin said: “Disappointing is the politest word I can use to describe this consultation document’s references to our region. We are not an extremity of the network, but a vibrant region which is at the heart of our Tourism, Defence, Fisheries and Agricultural Industries.”

“The document states there was “a strong response” to the proposals for significant cuts in 2016. The anger will be no less this time at the prospect of losing direct services to our bay from the key areas we do business with. I will be making clear to Ministers I will not support a franchise which seeks to cut off vital direct links to Torbay, Devon and Cornwall.”