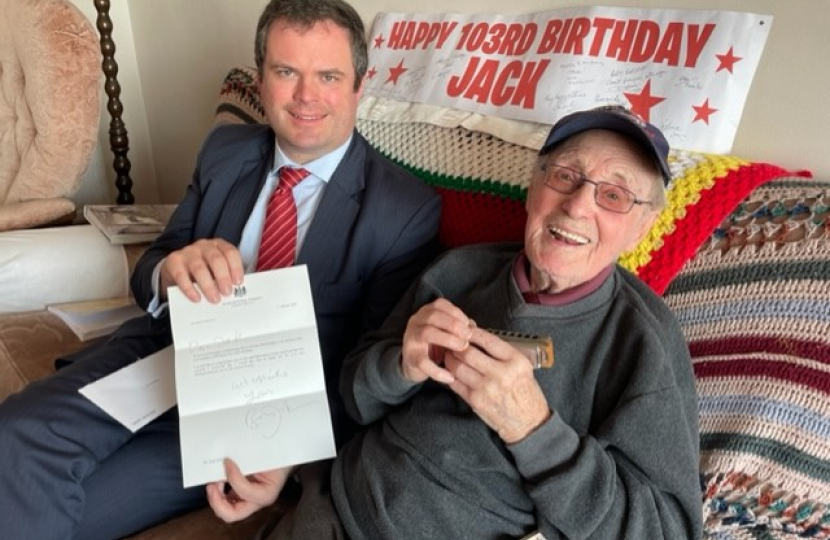 There was a special delivery for Torquay Resident and World War 2 veteran Jack Jennings, to mark his recent 103rd Birthday.

Mr Jennings was one of 60,000 Allied prisoners forced by the Japanese to build a railway between Thailand and Burma, with it being described as the “Death Railway” given many died due to the appalling conditions and harsh treatment they endured. He recounted the events of the day he was taken prisoner 80 years ago during the Fall of Singapore to Torbay’s MP Kevin Foster, who had been asked to personally deliver a letter from Prime Minister Boris Johnson congratulating Mr Jennings on his 103rd Birthday and thanking him for his service.

Having received the letter Jack played some of his favourite tunes on his harmonica.

Kevin Foster MP said: “Jack’s story is one of survival against the odds and it was an honour to hear his account of events 80 years ago. His tale is a reminder of what sacrifices had to be made to defend the freedoms we enjoy today.”.