£1,800 for Three Local Good Causes As Foster’s Fund Pays Out 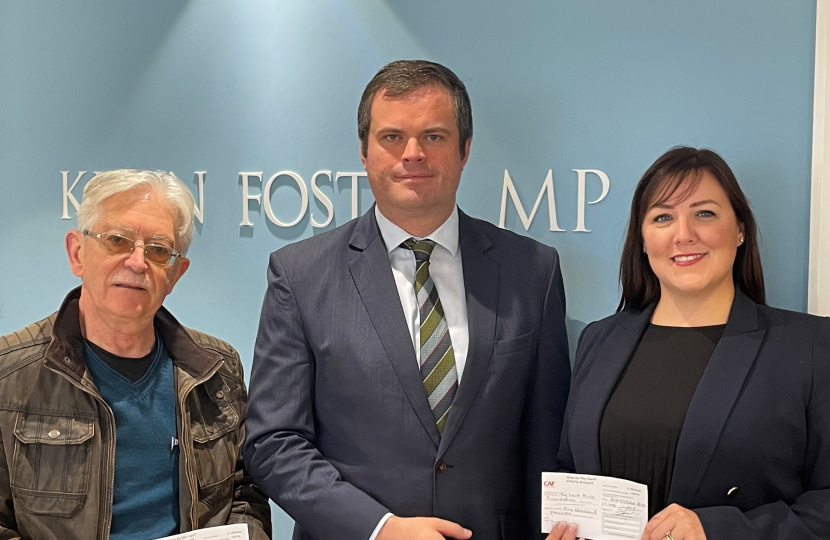 Three local good causes have received awards totalling £1,800 to support their work, after the latest round of donations from Foster’s Fund, a scheme set up by Torbay’s MP Kevin Foster.

Foster’s Fund is based on a pledge made by Torbay’s MP when he was first elected to parliament in 2015. He pledged to not only oppose the 10% pay rise proposed for MPs at the time, but to reject it via donations to local charities if IPSA implemented it despite his objections. Kevin renewed this pledge at the last General Election in December 2019 and has promised to continue Foster’s Fund until at least May 2024. Since 2009 MPs have not voted on their own pay, with Kevin also adding this year’s 2.7% rise for MPs (Determined by IPSA, the independent body who decides MPs’ pay) to the amount donated each month given his opposition to it during a cost-of-living crisis.

The latest round of awards saw the following donations made: The Last Kiss Foundation (£1,000), Babbacombe Corinthian Sailing Club (£500) and Workers Educational Association (£300). These awards will support projects including helping bereaved parents by training support workers, supporting the refurbishment of a club house and a workshop for practitioners who are part of Torbay Wellbeing Network Group.

Kevin said: “It is great to support the work these groups are doing in our bay through my Foster’s Fund to undertake projects which will support the local community.”

Details about Foster’s Fund, along with details of how to apply, can be found by visiting www.kevinjfoster.com/fosters-fund or by telephoning 01803 214 989. By law any award from Foster’s Fund must be paid into the bank account of a registered charity. To be eligible for Foster’s Fund the project being funded must be based, or aiming to do most of its work, in Kevin’s Constituency.

The first stage of work to demolish one of our bay’s biggest eyesores is set to start on Monday (28 November).