£1,800 for Four Local Good Causes As Foster’s Fund Pays Out 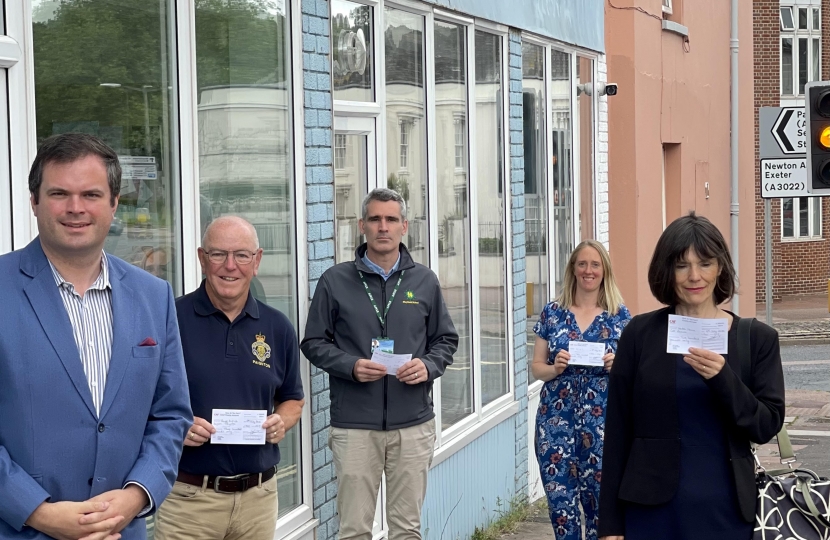 Four local charities have received awards totalling £1,800 to support their work, after the latest round of donations from Foster’s Fund, a scheme set up by Torbay’s MP Kevin Foster.

Foster’s Fund is based on a pledge made by Torbay’s MP when he was first elected to parliament in 2015. He pledged to not only oppose the 10% pay rise proposed for MPs at the time, but to reject it via donations to local charities if IPSA implemented it despite his objections. Kevin renewed this pledge at the last General Election and has promised to continue Foster’s Fund until at least May 2024. Since 2009 MPs have not voted on their own pay, with IPSA abandoning a plan to increase MPs pay by 4.1% earlier this year following opposition from Kevin and many other MPs to it.

The latest round of awards saw Mayfield School (£1,000), PTFA All Saints School Babbacombe (£300), Paignton Branch Royal British Legion (£300) and Hector’s House Cat Rescue (£200) all receive support for projects including refurbishment of sensory provision for those with unique learning needs, helping provide new play equipment for school children, a project to celebrate the Centenary of the Royal British Legion and helping cats.

Kevin said: “The pandemic has shown the value of our community working together to support each other. These four organisations make a difference here in the bay and I am pleased to have been able to support them with these awards.”

Details about Foster’s Fund, along with details of how to apply, can be found by visiting www.kevinjfoster.com/fosters-fund or by telephoning 01803 214 989. To be eligible for Foster’s Fund the projects must be based, or aiming to do most of their work, in Kevin’s Constituency. By law the award must be paid into the bank account of a registered charity.