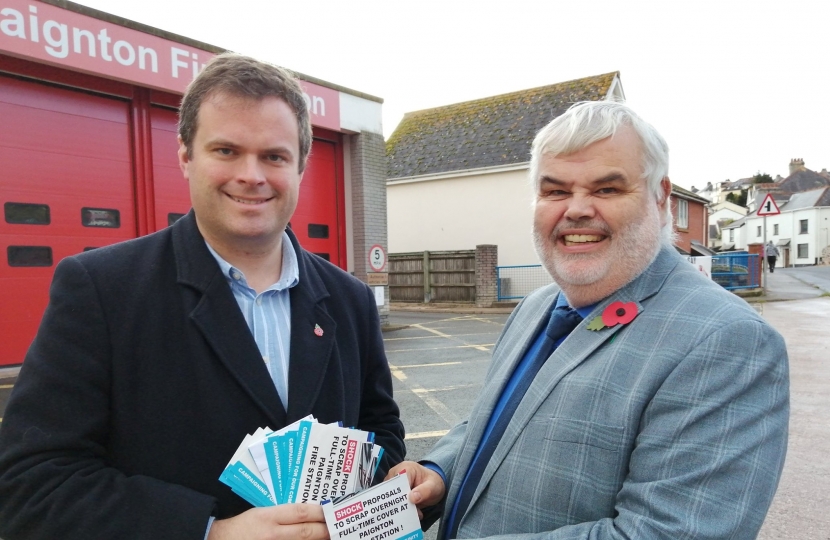 The outcome of the Fire Service’s recent “Safer Together” consultation will be determined at a meeting of the Devon & Somerset Fire Authority on Friday 10th January 2020. During the consultation period on the plans Kevin distributed 10,000 leaflets and over 4,000 surveys to Paignton residents alerting them to the plans.

Kevin said: “The proposal for Paignton was wrong from the start and I am relieved this is not being pushed ahead with. Since it was announced thousands of residents got behind the campaign to keep Paignton Fire Station “Full time” overnight and made their views known. I am pleased they have been listened to, although I am disappointed the responses were not enough to recommend keeping the third engine at Torquay.”

You can find details of the papers which will be considered by the Devon and Somerset Fire Authority on their website by following this link:

Residents Must Be Heard On Magistrate's Court Surgery Plans

Torbay’s MP, Kevin Foster, has made clear residents views must be heard on plans to merge the services provided by one of Torbay’s largest GP Practices into the former Torquay Magistrate’s Court Building.