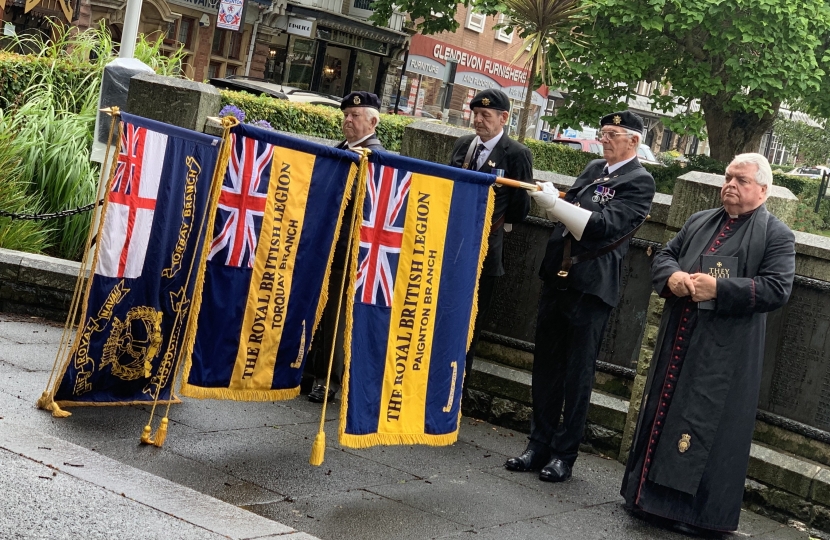 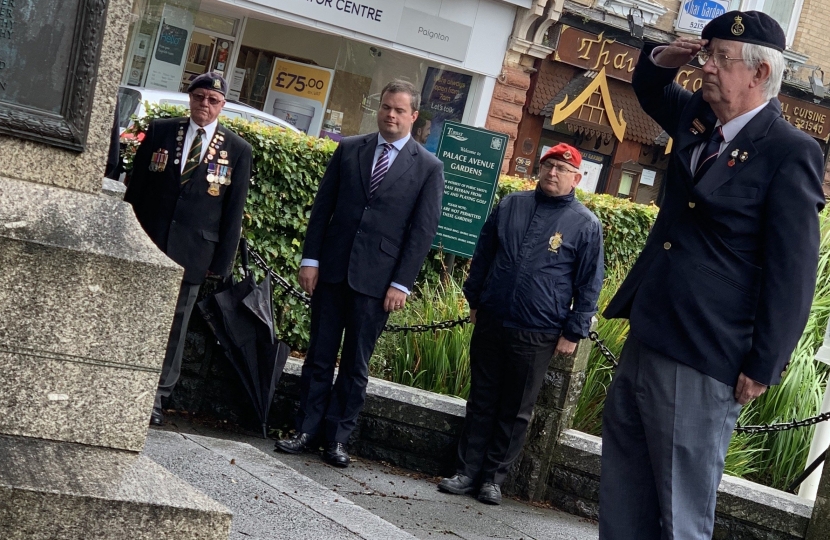 Local veterans and members of the Royal British Legion gathered for a service at Paignton's War Memorial to commemorate the start of Op Banner, the deployment of UK Armed Forces to Northern Ireland during the troubles.

Operation Banner started on 14th August 1969 and was one of the longest continuous deployments of British Forces in history, finally concluding on 31st July 2007. During this time a total of 1,411 Armed Forces Personnel died as a result of operations in Ireland or paramilitary actions in other countries. These included 814 from the regular British Army and 548 from the Ulster Defence Regiment/Royal Irish Regiment. The General Service Medal (Northern Ireland) was awarded to over 300,000 service personnel who took part in operations. Many who survived their tours of Northern Ireland still live with the impact of what they saw and experienced to this day. A conflict where "the enemy" wore no uniform, with the threat of attack ever present.

One of those to lay a wreath during the service was Torbay MP Kevin Foster. He said: “It is right to pause and thank those who served, sacrificed and had their lives changed by Op Banner, especially the veterans living here in our bay. They helped defend the democratic decision of the people of Northern Ireland to remain part of our United Kingdom and paved the way for the peace process we know today.”

Major Boost For Our Bay As VAT Cut Announced

Torbay’s MP Kevin Foster has welcomed the announcement of two major boosts for Torbay’s tourism and hospitality industry as part of a package of measures announced today (Wednesday 8th July 2020) to help restart our economy and safeguard jobs.

The Government has announced it will:

"It is right to pause and thank those who served, sacrificed and had their lives changed by Op Banner, especially the veterans living here in our bay."