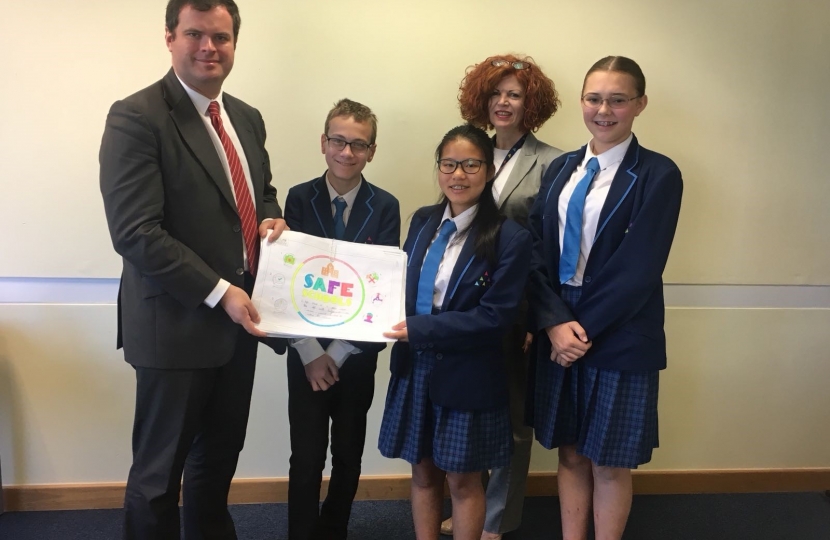 Last week, Kevin met with three students from The Spires College in Torquay to discuss the work they have been doing as part of the 2018 ‘Send my Friend to School’ Campaign, which focusses on making schools across the world a safe space for children to learn.

The students presented Kevin with a series of posters both they and their fellow students had created as part of this campaign. They also discussed with Kevin the challenges children face across the world in accessing education safely and asked Kevin to raise with the Prime Minister what work the UK can do towards protecting children’s safety at school.

Kevin was one of the MPs selected to ask a question at yesterday’s session of Prime Minister’s Questions. The weekly session is infamous for the party political knockabout and point scoring which regularly dominates it, yet since being elected in 2015 Kevin has used his chances to ask a question to raise serious issues with the Prime Minister rather than score cheap points.

Yesterday he asked the Prime Minister about the Make Schools Safe Campaign, and relayed the work students at The Spires College had been doing on it.