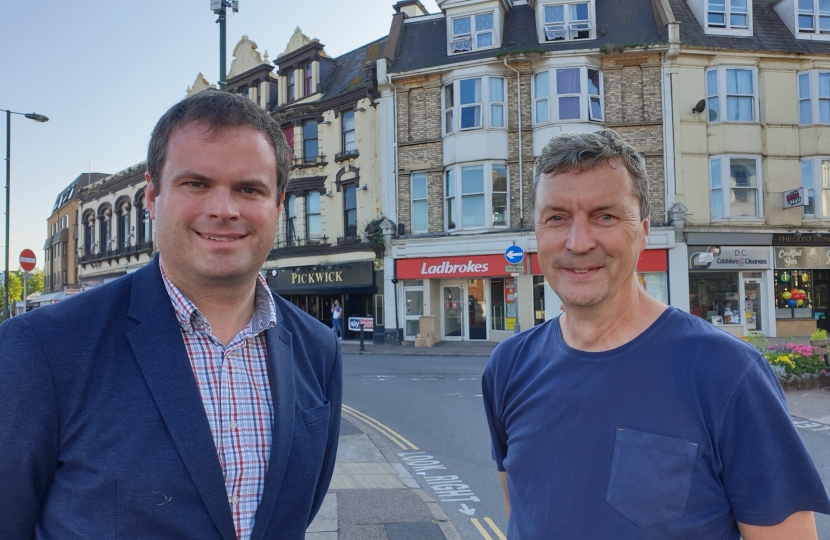 Every fortnight Kevin writes a "Kev's Column" for the Herald Express and you can read the latest edition (Published on Wednesday 4th September 2019) below:

It is fantastic news to have Paignton Town Centre on the list for funding under the Government’s Future High Streets Fund.

This project will provide a real boost of new investment to deal with long-standing eyesores, improve the street scene, encourage retailers and deliver new homes.

When Paignton missed out on the first round of funding, I promised to keep up the pressure for this project to happen. I am delighted to have helped secure the prospect of a once in a generation level of investment which will make Paignton proud and look forward to working with Torbay Council to deliver it.

The recent fire at Paignton’s recycling centre is another reminder of how vital our local Fire Service is.

I have been supporting the campaign against the proposals being put forward by Devon & Somerset Fire Service which could see Paignton reduced to being only an “on call” station at night, rather than having an engine crewed by wholetime Firefighters 24/7. Their consultation also proposes removing the third engine at Torquay Fire Station, which is operated by “on call” firefighters.

When the Fire Service first unveiled its series of public consultation events Paignton was not included. I challenged the service over this, prompting them to hold an exhibition in Paignton yesterday.

Whilst many attended the exhibition it is vital every resident has their say before it is too late.

When first elected I made getting better Mental Health Services into our bay and county a priority, as too often residents needing essential care were being sent hundreds of miles from home to receive it.

It was therefore great news when last year the Govt confirmed £8m of funding for a new 16-bed mental health ward to be built at Torbay Hospital.  Construction is now expected to start in April 2020, with the opening scheduled for the end of 2021. Devon Partnership NHS Trust (DPT) will be contributing around £3.5m from its own capital funds to the £11.5m project.

The new ward will provide a vital increase in inpatient capacity and mean more people can be treated close to home in a high quality, modern environment.

Torbay’s Schools have historically received some of the lowest amounts of funding per pupil in the country for reasons now lost to history.

I have regularly lobbied Ministers for a fairer funding settlement, ensuring they heard directly from local Headteachers. Last week it was announced every secondary school will receive a minimum of £5,000 per pupil next year, with every primary school getting a minimum of £4,000 per pupil from 2021/22.

I will look forward to the details of what this will mean for each of Torbay’s Schools.

My next surgeries will be on Saturday 7th September from 10am till 12 Noon at St Martin’s Church, Barton Hill Road, TQ2 8HU and Friday 13th September from 3pm till 5pm at Paignton Library & Information Centre, Great Western Rd, Paignton TQ4 5AG.

"When Paignton missed out on the first round of funding, I promised to keep up the pressure for this project to happen. I am delighted to have helped secure the prospect of a once in a generation level of investment which will make Paignton proud and look forward to working with Torbay Council to deliver it..."