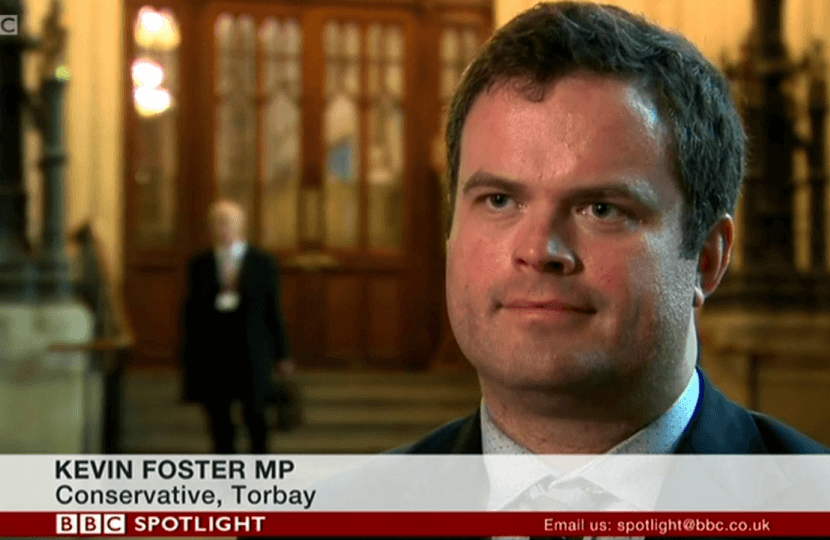 Every fortnight Kevin writes a “Kev’s Column” for the Herald Express and you can read the latest edition (Published on Wednesday 20th March 2019) below:

The tragic events in New Zealand, where a gunman murdered 50 people in cold blood whilst live streaming it on social media, have shocked the world.

Visiting New Zealand and its Parliament last year, I saw how often throughout history our two nations have stood together. When this nation faced its greatest peril in 1940 there were Kiwis who travelled thousands of miles to come here and defend our democracy; literally standing on the shores of Britain ready to meet a Nazi invader had they ever managed to cross The Channel.

My week in Parliament contained three days of major debates on Brexit, including votes on No Deal, a Second Referendum and whether to delay Brexit.

It is hard to describe exactly what it is like to be in the House of Commons as a major vote, which is expected to be tight, is underway. As MPs move towards the voting lobbies (We vote by physically walking through desks in rooms to the side of the chamber) it can be quickly apparent if the house is evenly divided, with tension mounting.

Two key votes were very tight with margins of 4 & 2 being the deciding factor. The last at one point looking like the Speaker may need to use his casting vote to break the deadlock, only when the last MP had come out of the lobbies was the result known.

I voted to retain No Deal as an option because just voting “no to no deal” is a soundbite, not a solution. I also voted against an extension to Article 50 as the time has come for parliament to make its mind up, yet on each vote I was in the minority.

I hope by the time you read this a final decision has been made, yet the one thing the Brexit process has shown is it is almost impossible to predict anything!

Parliament has approved a Private Member’s Bill intended to modernise the law around the registers of Marriage and the deaths of still-born babies.

The Bill includes long overdue provisions to include Mother’s names on Marriage Certificates, but last Friday’s debate focused on a move to extend Civil Partnerships to Mixed-Sex Couples.

When Hazel and I got married it was important to us for the wedding to be within a service of Holy Communion at our church. Yet this is not everyone’s choice and some couples feel a Civil Partnership would better reflect their relationship.

I see no reason for the law not to allow them the choice to do so, hence I supported this change.

My next surgeries will be on Saturday 23rd March from 11am till 1pm at Paignton Library and Information Centre, TQ4 5AG and Friday 29th March from 3pm till 5pm at The Windmill Centre, Pendennis Road, Torquay, TQ2 7QB.

"When Hazel and I got married it was important to us for the wedding to be within a service of Holy Communion at our church. Yet this is not everyone’s choice and some couples feel a Civil Partnership would better reflect their relationship."