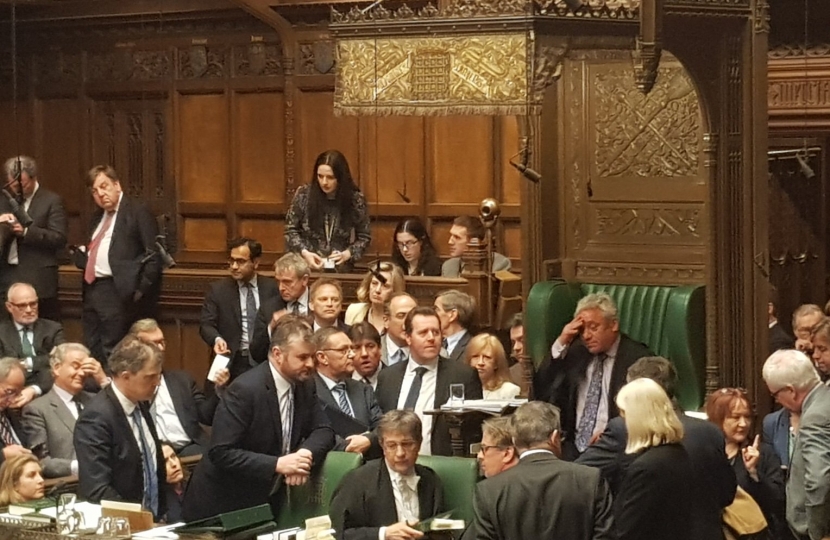 Every fortnight Kevin writes a"Kev's Column" for the Herald Express and you can read the latest edition (Published on Wednesday 3rd  April 2019) below:

Friday should have been Brexit Day, yet due to the inability of Parliament to make a final decision on our divorce from the EU it did not happen.

This is immensely frustrating, not least having to spend time sitting through repeated debates where the same people give the same speeches, without any sense of how just voting no or holding out for unrealistic outcomes will not move things forward. I voted to stick with our expected exit day a few weeks ago, partly to force some MPs to finally make their minds up, sadly I was in the minority.

Last week the Government was defeated so a group of backbenchers could take control of the Order Paper (The Agenda) of the House of Commons. This sounds technical, but it has great constitutional significance as this is ultimately the way a Government governs. The vote marked the first time since at least World War 2 this has happened.

The reason for this move was to hold a series of "Indicative Votes" where MPs could indicate what options they might accept. Bizarrely there was not a requirement to choose between or even rank the options, so you could vote both for a No Deal Brexit and Revoking Article 50 (Remain in the EU), despite these two outcomes being totally contradictory.

As it turned out the process descended into farce when all 8 options the Speaker had selected for debate were defeated. The process is due to be repeated on Monday, but as I write this column parliament has decided it wants to leave, but not without a deal, yet then voted against every likely deal.

This position is untenable, decisions must be made, hopefully by the time you read this column, yet the experience of recent weeks indicate they might not be.

Torbay Council has submitted a bid for more than £15 million for the regeneration of Paignton Town Centre.

If the bid succeeds the funding will transform Paignton Town Centre. It is hoped the plan will attract a further £24.5 million of investment from other investors into the town.

Paignton Town Centre is in desperate need of a lift and investment to turn it into a place fit for the 21st century. I will do all I can to see this bid succeed.

Many readers will know my predecessor, Adrian Sanders, who represented Torbay in Parliament for 18 years.

Last week he confirmed he would not be seeking re-election and will retire from Torbay Council on 2nd May.

Whilst we have had our disagreements over the years he always campaigned passionately and worked hard for the causes he believes in. I wish him all the best for a long and happy retirement.

My next surgeries will be on Saturday 6th April from 11am till 1pm at The Acorn Centre, Lummaton Cross, Torquay, TQ2 8ET and Friday 12th April (This surgery has been cancelled due to the prospect Parliament may now sit this day).

"This is immensely frustrating, not least having to spend time sitting through repeated debates where the same people give the same speeches, without any sense of how just voting no or holding out for unrealistic outcomes will not move things forward."