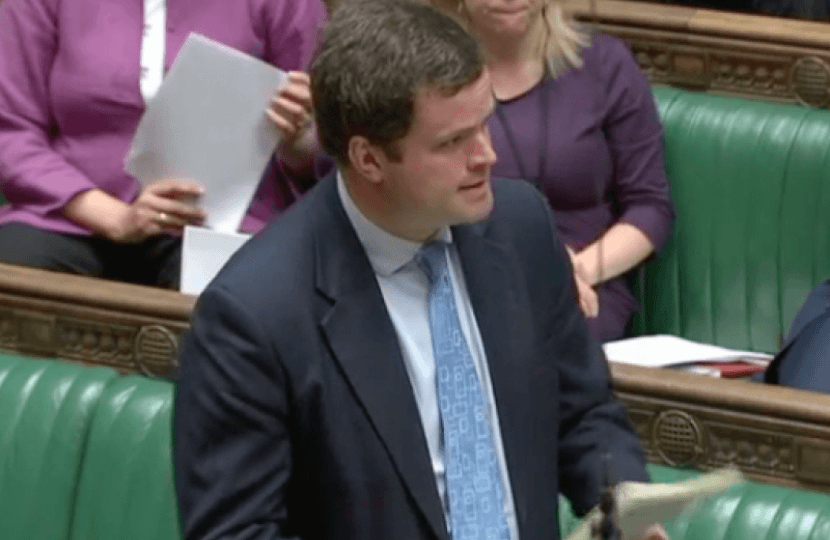 Local MP Kevin Foster raised the closure of Torquay Magistrates' Court in the House of Commons this morning, and challenged the Justice Minister to 'keep justice local'.

Kevin encouraged the Minister to look at innovative ways of maintaining local justice, including using Torquay County Court and Town Hall to host some of the Magistrates' Court functions.

Kevin made clear to the Minister that there was local disappointment at the decision to close the Court, especially as Kevin had organised and presented a substantial petition of local residents who had called for the Court to remain open.

The Minister replied that the Department of Justice was in consultation with the local authority over what functions of justice might remain in Torbay, but the plan was still to relocate the majority of the cases to Newton Abbott, 7 miles away.

As Torbay's local MP, Kevin will continue to press Justice Ministers closely over this issue.