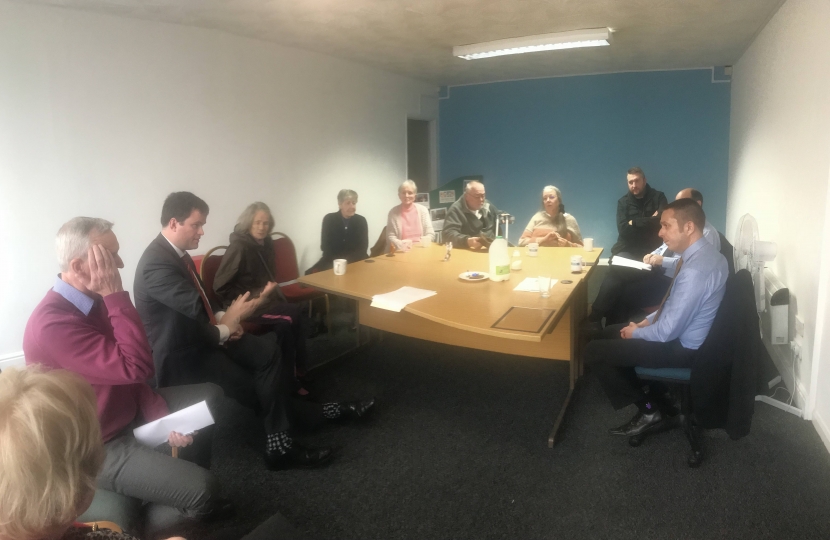 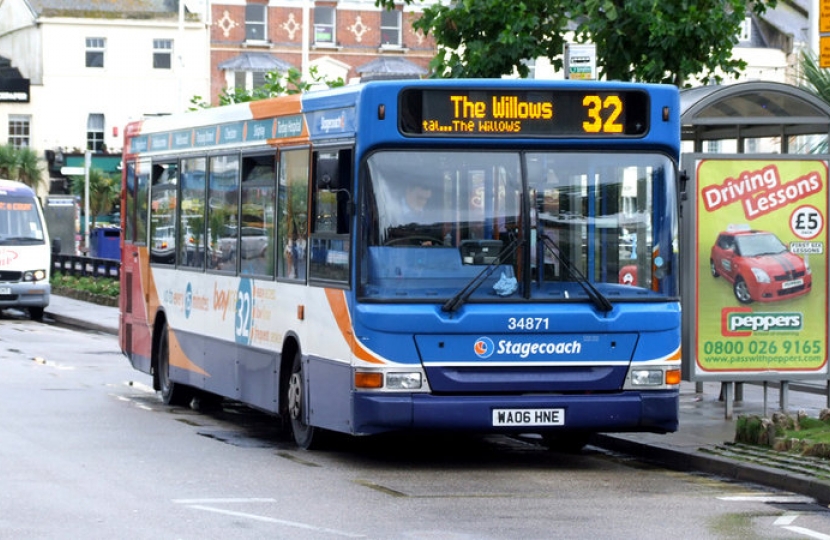 Earlier today (Friday 5th January) a group of Shiphay residents and I met with Stagecoach Managers to discuss their decision to terminate the 32 at Torbay Hospital, rather than continue to The Willows.

Residents highlighted the impact this change has had on the local community. In particular how reaching stores close to them geographically now involved a lengthy bus trip to The Strand in order to catch another bus via St Marychurch. Whilst the previous 32 service had been every 15 minutes most residents made clear a slightly less frequent service, but which connected to The Willows, would be a better option.

During the meeting it was discussed how the development of new housing in the Willows will see more demand for bus services, including to Torbay Hospital, raising the prospect the 34 (Which terminates at The Willows) may be extended.

1: Look at providing a service (perhaps one per hour) on the 32 which continued to the Willows.

2: A circular service combining the routes of the 32 and 34 which could run every twenty minutes (In both directions) providing links to Torbay Hospital, The Willows, Shiphay, Chelston, St Marychurch and the Town Centre.

Stagecoach representatives indicated they would study these options in some depth and come back to me in the near future with a response.

Despite repeated attempts to get meaningful answers from the Executive Lead for Transport there is still no clarity from the Council on a decision being made on the plan for a new service to cover the former routes of the 64\65.

Last week Cllrs Bent, Hill and I wrote pushing for answers after months of no or only vague replies to our queries.

I will include any further news in a future update, but the delays with getting a decision on this are unacceptable.