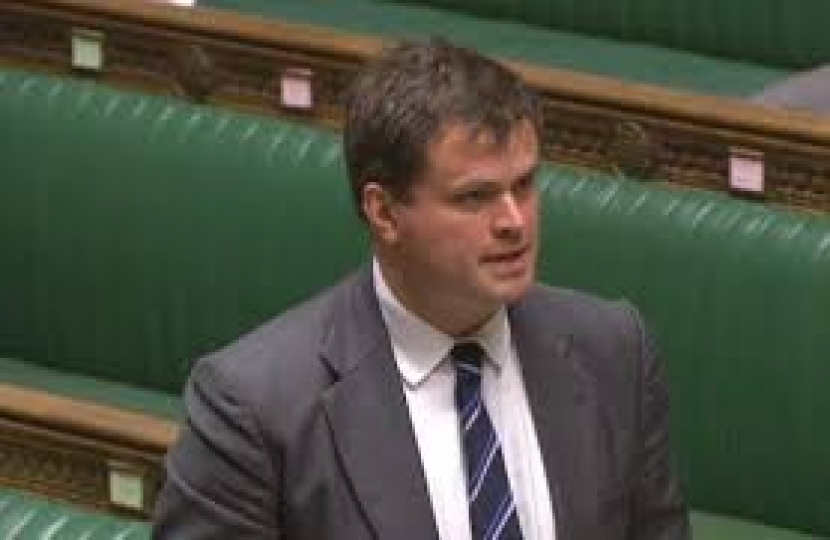 Torbay’s MP Kevin Foster showed his support for renters on Friday 26th October 2018, when he attended and spoke in the Report Stage & Third Reading of the Homes (Fitness for Human Habitation) Bill.

The Bill, which was been brought forward by MP Karen Buck, gives renters in and across the country the right to take their landlord to court over unsafe and poor housing conditions.

More than 99000 homes in the South West have a hazard in their rented home which poses a “serious and immediate risk to health and safety”, according to the recent official statistics. This is the equivalent of 1 in 8 rented homes in our region.

The ‘Fitness for Human Habitation’ Bill has cross-party support and was has been backed by the government. It has also been supported by organisations across the housing sector, including Shelter, the Residential Landlords Association, the National Landlord Association and the National Housing Federation.

Kevin was one of many MPs on hand to see the Bill safely through its Third Reading on Friday 26th October. The Bill has now successfully completed its stages in the House of Commons and will progress to the House of Lords and be scrutinised by a Parliamentary Committee.

Greg Beales, Campaigns Director at Shelter, said: “Every day at Shelter we hear from private and social renters forced to live in poor and sometimes dangerous conditions, unable to tackle safety concerns or legally challenge their landlord.

“Thanks to Kevin Foster and MPs from all the major parties, we are delighted to be one step closer to creating a minimum safety standard for rented homes. This Bill will help stamp out the actions of rogue landlords and protect renters across the country, and we’re looking forward to supporting it through its final stages before it becomes law”.

Kevin Foster MP said: “I was pleased to add my support to the ‘Fitness for Human Habitation’ Bill, which will empower renters in Torbay and give them a meaningful tool for getting poor and unsafe renting conditions seen to.

“I was particularly pleased to see the support this bill received from the major bodies representing Landlords, a reminder the overwhelming majority provide good quality properties at a reasonable rent and want to see the few rogue landlords dealt with.”

You can read the transcript of Kevin’s speech in the House of Commons by following the link below: