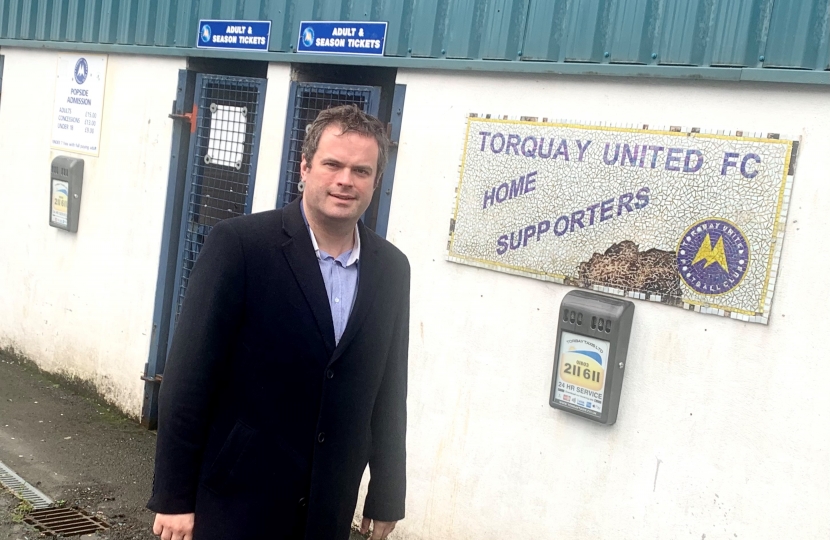 Kevin has been contacted by a number of constituents in recent days who are supporters of Torquay United, and who are concerned about the effect the proposed changes to a European Super League could have on teams in the lower leagues.

For many years English football has been based on a pyramid system, where clubs at the bottom of the pyramid provide opportuinities for players to reach the top, and in turn are supported financially by those clubs playing in the top league who have the highest TV and merchandising revenues.

Since the Football League was founded over 100 years ago, it has been possible for small clubs, through hard work and endeavour, to climb the leagues and rich the pinnacle of football through merit, and the concept of a new European Super League which is a closed shop threatens that.

Kevin has made clear that he fully supports the reservations raised by the Prime Minister about the Super League after his meeting with various football bodies on Tuesday 20 April.

Kevin also welcomes the statement today from Torquay United Supporters Trust expressing their own opposition to a proposed Super League, and he is pleased to endorse TUST’s application for a role on the Government-led review into football governance

As the summer weather arrives many outdoor sports have been getting underway over the last few weeks, including at the many bowls clubs across our bay.