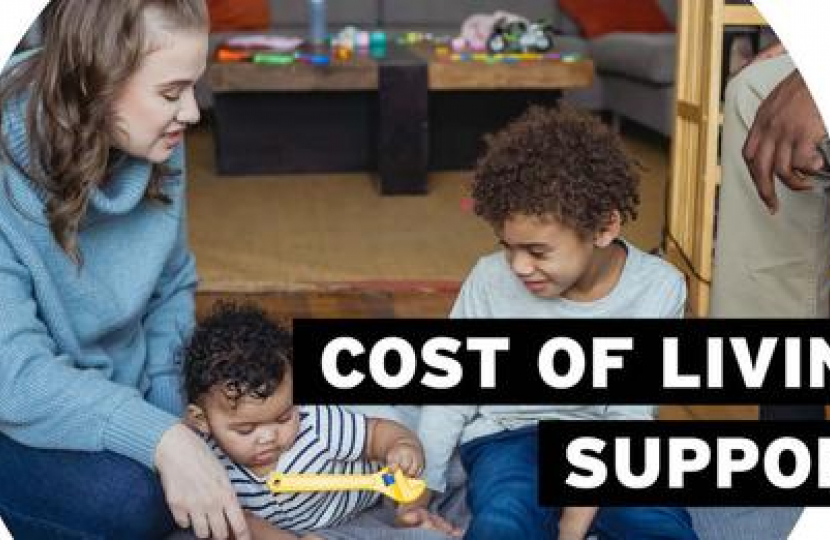 I welcome the new £15 billion package of targeted support to help with the rising cost of living announced by the Government today (Thursday 26th May 2022).

Recent rises in the costs of energy and food have seen financial pressure build for many families. This new package is therefore targeted towards millions of low-income households and brings the total cost of living support to £37 billion this year, with thousands of families across our bay set to benefit.

The highlights of today’s announcement include:

• Almost all of the eight million most vulnerable households across the UK will receive support of at least £1,200 this year, including a new one-off £650 cost of living payment.

• Universal support increases to £400, as the October discount on energy bills is doubled and the requirement to repay it over five years is scrapped.

• Pensioner households will receive an extra £300 this year to help them cover the rising cost of energy this winter.

• Around six million people across the UK who receive disability benefits will receive a one-off payment of £150 in September:

This support is in addition to the £150 Council Tax rebate for households in England in Council Tax bands A-D, which was announced in February, and which millions of households have already received.

To help pay for the extra support the Chancellor said a new temporary 25% Energy Profits Levy would be introduced for oil and gas companies, reflecting their extraordinary profits. At the same time, in order to increase the incentive to invest, the new levy will include a generous new 80% investment allowance.

You can find further information on the Government website by following this link: Cost of Living