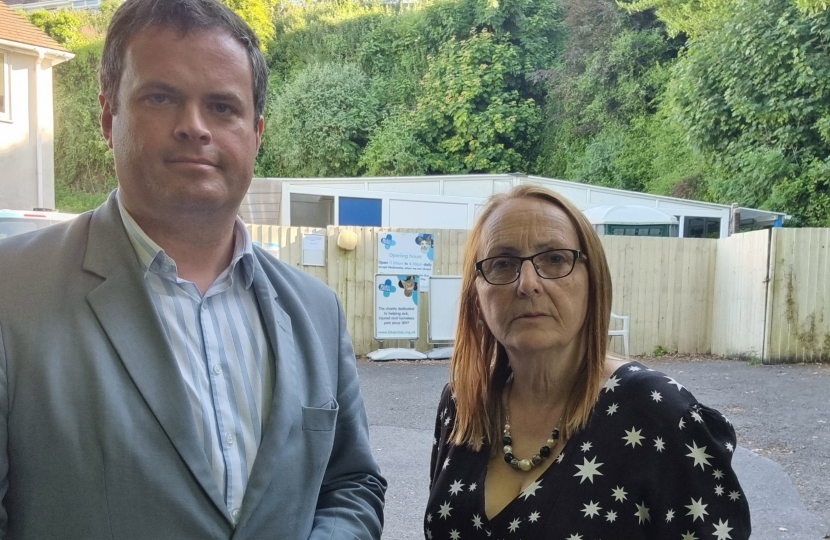 Torbay’s MP, Kevin Foster, has called on national animal welfare charity Blue Cross to look at whether a continuing animal welfare use could be identified for the site after it confirmed it will close its Torbay Re-Homing Centre.

Blue Cross will also close its rehoming centre in Tiverton as part of plans to change its presence in Devon and open a new rehoming, behaviour and advice unit in Exeter. 18 staff will be made redundant as part of the changes. The news was confirmed in a letter from the Chief Executive of the Trust, Chris Burghes, to Kevin as the local MP.

The rehoming centre in Ashley Priors Lane, Watcombe, first opened in 1988. The cattery has since been rebuilt and now has facilities for 50 cats. Over many years its facilities have been supported by funds raised locally and Kevin is keen an opportunity is given to other animal welfare charities to consider whether they could make use of the site.

Kevin Foster MP said: ''It is very disappointing to hear Blue Cross will be closing their Torbay re-homing centre in Watcombe after over 30 years supporting animals here in the bay and making local staff redundant. Given the support provided to the centre by the community in our bay over the last three decades the charity should look to see if another animal welfare use can be secured for it.”

Kevin has written to the Chief Executive of Blue Cross to arrange a meeting to discuss the site and what plans Blue Cross has for it after they leave.