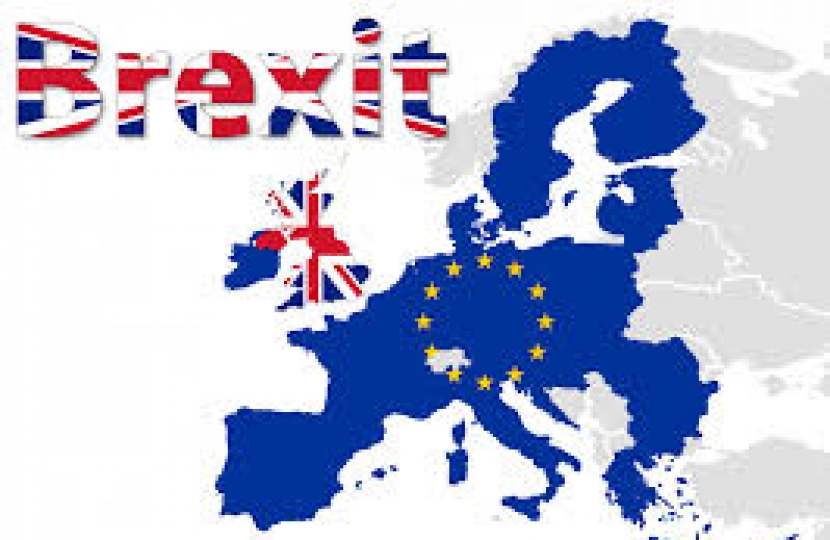 Over the last few weeks a significant number of local resident have taken the time to contact me about the UK leaving the European Union (EU), and in particular the Withdrawal Agreement negotiated by the Government, and the Meaningful Vote.

I have received around 900 e-mails, letters and phone calls from my constituents about a subject which has engaged the whole country. Unfortunately, it will not be possible to reply individually to the many different points that have been raised.

As you may have seen on the news yesterday, the Meaningful Vote scheduled in Parliament for 11th December on the negotiated deal has been postponed. I was in the House of Commons Chamber on Monday afternoon when the Prime Minister gave a statement to MPs, informing us that she would return to Brussels to speak with EU leaders later this week to seek more assurances from them on the deal, particularly relating to the backstop with Northern Ireland. This seems a sensible course of action under the circumstances and you can see me raise this yesterday with the Prime Minister here: https://goo.gl/2s3kS2

If you would like factual, non-political information about the Withdrawal Agreement you can access this here. , the political declaration here, and what would happen under if we left the EU under No Deal, here.

Once the Government has further details from its latest talks with the EU, and Parliament has secured a date for the Meaningful Vote, I will write again setting out my views on the final deal agreed.