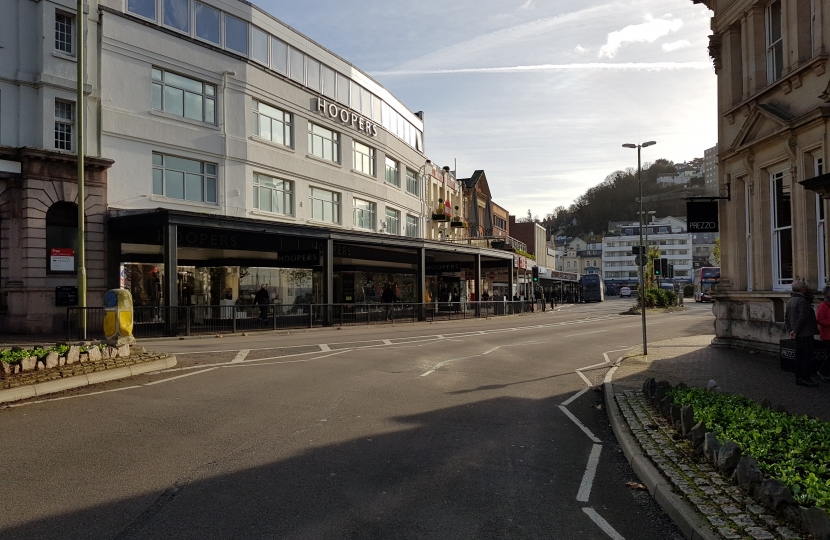 News HSBC will close its branch on The Strand, Torquay, has today (Tuesday 19th January 2020) been described as a blow by the Town’s MP, Kevin Foster.

In a letter to him the banking giant has confirmed it will be closing its branch in Torquay on Friday 28th May as part of plans to close 82 branches across the UK.

The Strand is one of Torquay’s key tourist and leisure locations, yet recent times have seen it affected by issues affecting other Town Centres and moves by customers to shop and bank online. The latest news follows the previous closure of an RBS Branch and the impending closure of the large Debenhams Department Store on the Strand, making it even more vital regeneration plans under the Torquay Town Deal, which are being backed by significant Government Funding, get underway quickly.

Heads of Terms for the £21.9m Torquay Town Deal were signed last week by the Secretary of State for Housing, Communities and Local Government and Torbay Council. The Town Deal is based on delivering the wider Town Investment Plan, which includes plans to revitalise The Pavilion and regenerate Union Street, along with significant improvements to the Strand itself.

Commenting, Kevin Foster MP said: “This news is a further blow for Torquay’s key harbourside area, yet the level of investment being offered by the Government for the Torquay Town Deal to turn things around is significant. We must do all we can locally to move this project forward, especially the plans to revitalise the Pavilion and improve The Strand which are part of it.”