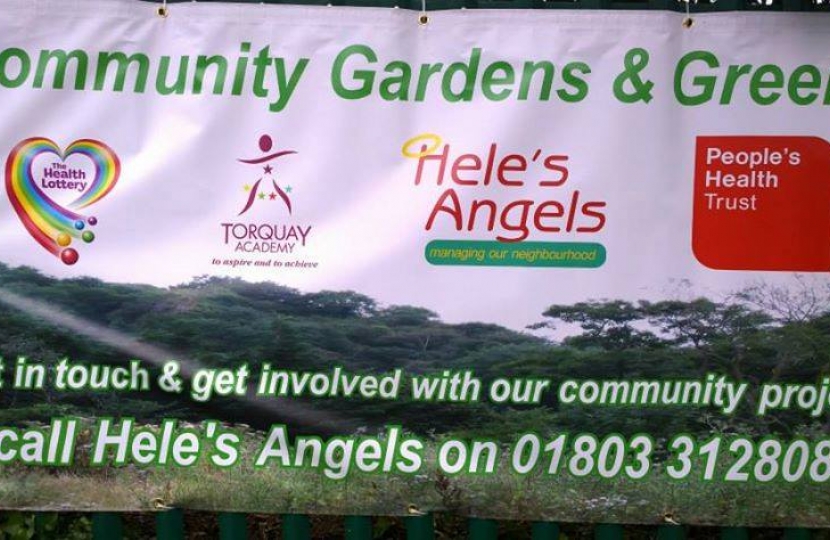 Hele's Angels is the community partnership for Hele and Lower Barton. The charity works closely with churches, community centres, and organisations such as the police and local council in order to bring the community more closely together and to promote of belonging.

Kevin awarded £1000 to Hele's Angels to support them in their 'Gardens and Greens' project, a project which aims to halt the deterioration of green spaces and woodland copses in and around Hele, and return them to their former glory. Some of their work has included fixing the end of Truro Avenue, tending to the greenery and returning the footpath to a usable state; and clearing land at Torquay Academy composting the area and providing 25 raised beds for all kinds of crops, including potatoes and raspberries, which can be found for sale in the Community Charity Shop on Hele Road.

Over the coming months, Hele's Angels will attempt to tackle the Hele Road Gateway and the Secret Garden. The award of £1000 is designed to support the charity and its volunteers in the work returning these areas to their natural beauty, and we will keep you informed of their progress as the project advances.